Five of the Most Historic Poker Hands 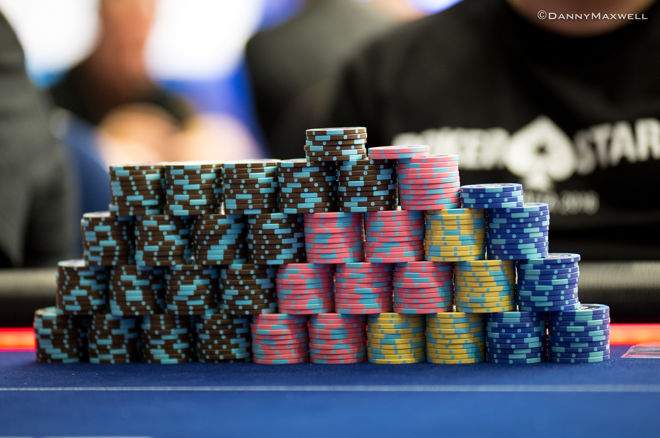 There are often interesting or down right bizarre hands played out at poker tables around the world, both online and live. From horrific bad beats to perfectly timed bluffs, poker has it all.

Not all hands are equal, however, some deserve a place in their own Hall of Fame, which is why PokerNews has looked through the history books and come up with a list of five poker hands that will always have a place in our hearts.

The World Series of Poker was only in its seventh year in 1976, yet it featured one of the most memorable hands of all time. While heads-up in the Main Event against Jesse Alto, Doyle “Texas Dolly” Brunson called a raise with ten-deuce of spades; Alto held an unsuited ace-jack.

On an ace-jack-ten flop, Alto bet the size of the pot and Brunson moved all in. Alto called and was a huge favorite to double his stack. A deuce on the turn improved Brunson to a still second best two pair, but another ten on the river gifted Brunson a full house, the title of champion and $220,000 in prize money.

The following year, Brunson found himself heads-up in the WSOP Main Event against Bones Berland. Both players went to a ten-eight-five flop in a limped pot and checked. The turn was a deuce, Brunson bet, Berland raised all in and Brunson called.

It was eight-five for Berland against ten-deuce for Brunson. The river was a ten, improving Brunson to a full house and winning him $340,000 and back-to-back WSOP Main Event titles.

Amazingly, Brunson almost made it three WSOP bracelets won with ten-deuce but he was one pip out in 2005 when he won his 10th bracelet with ten-three.

All eyes were on an accountant named Chris Moneymaker when the 2003 World Series of Poker Main Event was heads up. Moneymaker had won his seat to the $10,000 event via a $38 satellite on PokerStars and was now vying for a $2.5 million prize with seasoned pro Sammy Farha.

Moneymaker went on to beat Farha to show that anyone can beat the best at poker if Lady Luck is on their side, but it could have been a very different story had the following bluff not worked.

for top pair and Moneymaker,

, for nothing but king-high and a backdoor flush draw. Farha checked and Moneymaker checked behind. The

turn made things interesting because it gave Moneymaker an open-ended straight draw and a king-high flush draw.

onto the river. Farha checked and Moneymaker moved all in, covering Farha’s stack.

“You must have missed your flush draw, huh?” quizzed Farha.

Despite correctly guessing Moneymaker’s hand, Farha eventually mucked, Moneymaker raked in the huge pot and the ball was firmly in his court.

High Stakes Poker may no longer grace our television screens, but while it did, it was one of the best and most exciting poker shows as it allowed us mere mortals to get an insight into the world of high-stakes cash games.

One hand in particular stands out from the crowd, one involving a cooler of a hand when Gus Hansen and Daniel Negreanu clashed at a $300/$600/$100a hold’em game.

and Hansen called. An action-inducing flop of

completed the board and Hansen checked his quads. Negreanu bet $65,000.

“I’m all in,” announced Hansen.

“Huh?” was a puzzled Neagreanu’s response.

The biggest cash game pot on television was contested by Tom Dwan and Phil Ivey and went the way of the former. Dwan, Ivey and Patrik Antonius were playing three-handed in the Full Tilt Million Dollar Cash Game and Dwan opened on the button with

and only Dwan called.

“Wow,” said a dejected looking Ivey as he saw Dwan’s hand. A meaningless

On Nov. 21, 2009, Antonius and Viktor “Isildur1" Blom played for what is still the largest cash game pot in online poker history.

A rather innocuous flop reading

turn was followed by the

What is the most memorable hand that you remember? Let us know in the comments box below.