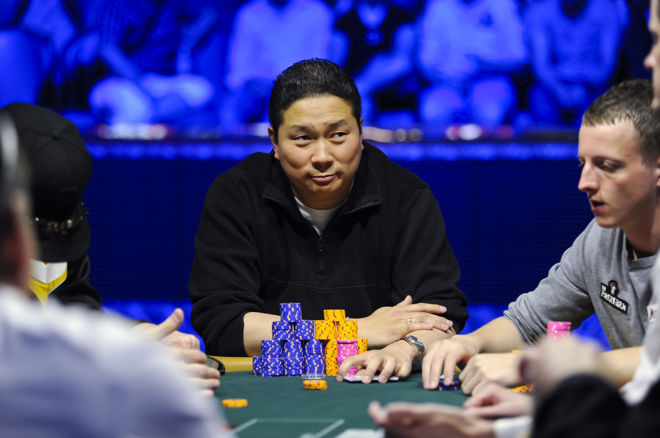 This month marks the 10th anniversary of the Bernard Lee Poker Show, which will be commemorated with a 10 month celebration with special guests and monthly prizes through February 2018.

“When I set out more than 10 years ago to launch a poker radio show in Boston, I never could have dreamed it would have been met with such a positive reaction and go on to be shared with listeners worldwide,” Bernard Lee said in a release.

Lee will give away these prizes in batches of 10 and there will also be 10 bonus prizes throughout this time, that include a seat into the World Series of Poker bracelet event. Overall, that prize total is more than $10,000.

“I’m a poker fan first and a player second, which I believe has been the key to providing listeners a poker show they continue to find interesting and informative,” Lee said.

The show’s celebration is sponsored by RunGoodGear.com.

“Bernard is a great ambassador not only for RunGoodGear, but also for the entire poker community," said Tana Karn, president of RunGoodGear.com, in a release. "Bernard has done a fantastic job supporting us and we are pleased to be part of this joyous celebration."

“Lee attracts first-rate guests, which always makes for compelling content,” said Jason Wolfe, general manager of Money Matters Radio, in a release. “Our listeners will be excited to have the show back on our airwaves.”

The show will continue to air on RoundersRadio.com on Tuesdays, which is available online and at iTunes.

In May, the prize is a commemorative 10th anniversary t-shirt for the show designed by RunGoodGear.com. For June, 10 lucky winners will receive $410 buy-ins to the “Put a Bad Beat on Hunger” charity event presented by the Cabot Creamery at the Borgata Hotel and Casino. July features pairs of tickets to the VooDoo ZipLine at the Rio All-Suite Hotel and Casino.

Future prizes include $25 gift cards, $350 seats to the All-In for CP Celebrity Charity Poker Tournament in Vegas and RunGoodGear.com merchandise.

For the first set of bonus prizes in May, Lee will give away a seat into The Giant, a new WSOP bracelet event. In the future, these prizes could extend to gift certificates and signed copies of Lee’s books.

On his show, Lee interviews top poker players and industry professionals. As per this celebration, he will continue to do so with special guests Joe Hachem (May), Jason Mercier (June), Greg Merson (July), Qui Nguyen, Mike Sexton and the 2017 WSOP Main Event champion.