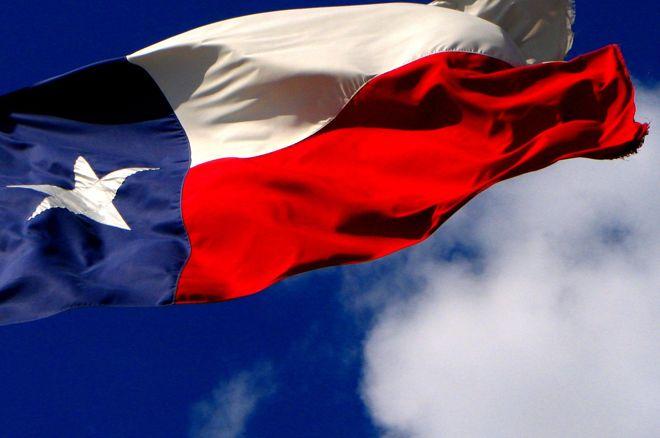 The flagship poker game the world over may have gotten its start in Texas — supposedly in Robstown but nobody can really be sure — but the state hasn't been known to be exactly friendly toward players of Texas hold'em, or indeed any other sort of poker.

Gambling has been illegal for years in Texas, last in the open decades ago in Galveston. Underground games frequented by the likes of Doyle Brunson, Amarillo Slim and the rest of the famed road gamblers notwithstanding, poker for Texas residents has come to mean relatively short trips across a border, be it state or U.S.

Indeed, Texans on virtually any side of the massive state can access casino gambling fairly easily, as every bordering state plus Mexico has casinos within 50 miles of Texas, according to a 2008 article by Texas-based attorney Markus Kypreos. One needs to look no further than the massive fields drawn by the World Series of Poker Circuit and other tournament organizers at Choctaw and WinStar, both located just across the Oklahoma border, to see that the legendary Texas propensity for gambling is no mere myth.

So, there's clearly a market for poker, but the business is crossing various borders and helping nobody in the state besides gas station owners. A few enterprising individuals have attempted to change that, though.

Getting into the nitty gritty of Texas law, the Texas Penal Code defines three parameters that can exempt an activity from legally being considered gambling:

While that last point can be a bit of a head-scratcher, some have come to a conclusion that poker clubs operating rake-free games satisfy all of the above conditions. Poker clubs in Texas have received coverage here on PokerNews before, but the situation still hasn't resolved itself.

According to the reporting of Tim Acosta from Corpus Christi Caller-Times, poker clubs along the Texas coastal bend — the Southeast part of the state — have been opening and closing as they continue to lobby local politicians and law enforcement.

Per Acosta's story, city officials greenlit a pair of locals in Kingsville, a town of about 25,000, to open card clubs. Rounders Poker Club and Kingdom's Poker Club both opened for business after their founders invested considerable time and money — one man said he poured in $70,000 — only to then face scrutiny from law enforcement and subsequently close.

One has reopened but is no longer accepting door fees, which were the lifeblood of the business, while the other remains closed. A state congressman admitted it's a legal "gray area" but that's little consolation to the business owners and the players who wish to frequent these clubs and avoid the risk of underground games. Such games have in the past been targeted by burglars and law enforcement stings.

The situation in many ways mirrors that of Portland, which had a similar club scene that has come under legal scrutiny, much to the dismay of players and proprietors.

Meanwhile, some Texas clubs continue to operate completely out in the open, advertising cash games and tournaments on social media. Others, such as those in Plano and Dallas cited by several news outlets, have been shut down.

Essentially, the issue appears to come down to how local politicians and law enforcement view the clubs. Obvious problems with this abound, not the least of which is that one individual or lawmaking body can give approval while another subsequently takes issue, as the Kingsville owners learned all too well. Furthermore, the individuals in these decision-making positions can move on to new jobs or retire, and someone with an entirely different view could take their place.

It seems the only clear solution would be in the form of a state decision on the matter. The last time a bill got a push, in 2009, it died a fairly quiet death. Then-governor Rick Perry promised to veto any gambling expansion.

Greg Abbott now holds that office. A fellow Republican in the famously ultra-conservative state, he doesn't appear a likely savior for poker players. In 2015, he said he "wholeheartedly" supported the existing law structure on gambling and instructed legislators to stop poking down that path.

Acosta reported any poker-friendly clarification of law isn't even possible until 2019 at the earliest, based on the Texas Legislature's schedule.

Until then and likely beyond that, poker appears destined to remain mired in a confusing mess in its modern American birthplace.