WATCH: All 7 Seasons of High Stakes Poker Available on YouTube 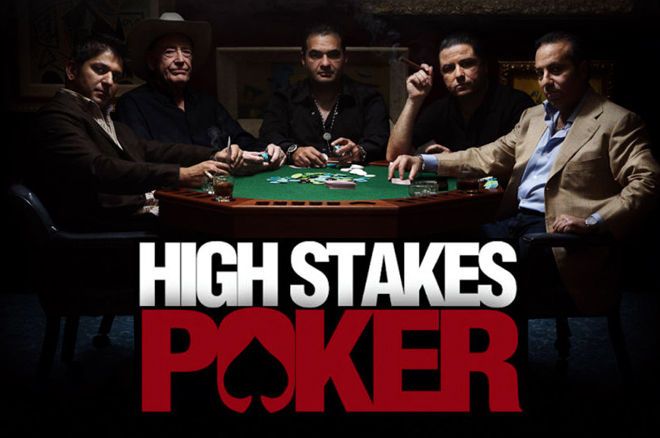 There have been some great poker shows on television. Poker After Dark was a classic, a great enough format it has since been revived on PokerGO. The NBC Heads-Up shows were always good for some interesting confrontations, partypoker's The Big Game has delivered endless classics, and a plethora of live streams have left poker fans with an almost endless library of poker content to watch.

But there's no greater poker show than High Stakes Poker, many poker fans believe. The cash game television show premiered on January 16th, 2006 and ran for seven seasons, broadcasting for the last time May 21, 2011.

The show, which ran on GSN in the United States and found its way to poker fans all over the world, had AJ Benza and Gabe Kaplan in the commentary booth for the first five seasons before Kaplan did a solo job commentating in season six. In the final season, Kaplan was replaced by Norm Macdonald. Kara Scott conducted interviews with the players from the floor in the last two seasons.

While not new to the show, PokerStars signed on as the official sponsor in season seven, which resulted in a boycott from the Full Tilt Poker-sponsored players. The final season was not as popular as previous seasons but still made for some interesting poker tv.

While High Stakes Episodes appeared on YouTube before on numerous occasions, they usually received GSN takedown requests within days of publishing. Just last March, Doug Polk was forced to take down his analysis videos of High Stakes Poker. Some months before the takedown request, in January of this year, GSN had uploaded all the episodes to its official YouTube channel, but they were removed not much later. Now, last August, they reappeared online, now uploaded to a YouTube Channel simply called High Stakes Poker. They have since racked up hundreds of thousands of views and are all uploaded in great quality. The most popular episode is Season 6 - Episode 1 (featuring Hellmuth versus Esfandiari in flush-over-flush and Hellmuth versus Ivey in flush-over-flush) with 217,000 views. Season 4 - Episode 3 is the least popular with just 7,400 views.

Over in the PokerNews Strategy Section, we published a review of High Stakes Poker Season 1 - Episode 1 highlighting some of the strategic concepts of the first installment.

The new BLAST Sit & Go is an exciting Sit & Go game where you could win big!