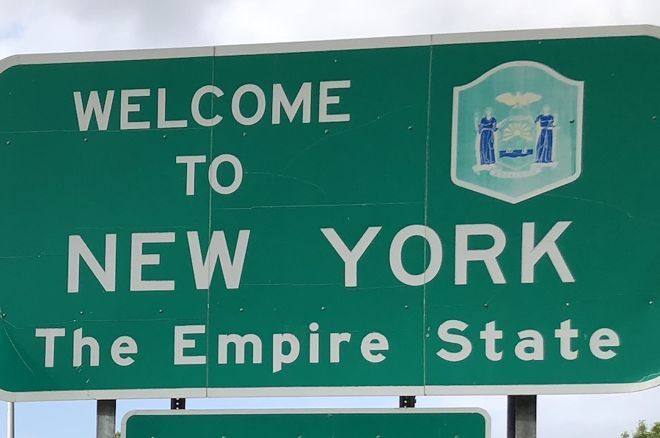 Regulators in New York state will soon be meeting to discuss the possibility of sports betting in the Empire State.

Yesterday came news that the New York State Gaming Commission has included a discussion of proposed rules for sports betting on its agenda of items for Monday's meeting, reports WHEC.

New York lawmakers passed a law back in 2013 that would allow four upstate casinos to offer sports betting contingent upon a change in the federal prohibition against states doing so. In May 2018, the U.S. Supreme Court ruled in favor of an appeal against that prohibition, thereby opening the door to states other than Nevada to begin offering sports betting. Thus far seven have done so — Delaware, Mississippi, New Jersey, New Mexico, Pennsylvania, Rhode Island, and West Virginia.

According to Legal Sports Report, while the SCOTUS ruling and previously-passed legislation in New York would allow the state to go forward with sports betting, observers have speculated "that more legislation — or a nudge from the governor — is needed to move the regulatory process forward."

Such a nudge did come from Governor Andrew Cuomo last week during his State of the State address in which he mentioned the need to authorize sports betting in upstate casinos.

It remains to be seen, of course, what regulators decide. If the Commission does move to finalize regulations, "there will be a 60-day comment period before a vote takes place on the final rules so legal sports betting could possibly launch in May," explains WHEC.

This week Macau's Statistics and Census Bureau released figures regarding tourism in the Special Administrative Region last year, and the news was positive. As MacauHub reports, A total of 35.8 million visitors came to the gambling destination in 2018, up 9.8 percent from the year before.

The breakdown of visitors shows 25.3 million coming from mainland China, another 6.3 million from Hong Kong, and 1 million from Taiwan. In December 2018 there were 3.5 million visitors total, a new record for one month according to the Bureau.

According to Maria Helena de Senna Fernandes, director of the Macau Tourism Office, those increased numbers were directly attributed to the late October opening of the 34-mile (55-kilometer) Hong Kong-Zhuhai-Macau Bridge connecting Hong Kong to Macau.

Macau enjoyed a strong December in terms of gaming revenue as well, ensuring a second-straight year of year-over-year growth.

Despite the generally good news from Macau, Las Vegas Sands Corp. this week reported in its quarterly conference call a net loss of $40 million for the fourth quarter of 2018, according to CDC Gaming Reports.

In truth, Las Vegas Sands with its six properties in Macau had a revenue increase of 2.5 percent for the quarter to $3.48 billion, but a one-time, non-recurring tax expense lowered the bottom line. For the entire year, the company reported total revenue of $13.7 billion and a net incomeof $2.4 billion.

"We remain confident in the future opportunity in Macau and are progressing with our investements," said Chairman and CEO Sheldon Adelson via a statement. "We believe [in] our market-leading interconnected integrated resort portfolio in Macau," he added.

Indeed, increases in the company's Macau properties helped offset losses from its two Las Vegas Strip resorts during the quarter (down 2.1 percent for 4Q) and the Marina Bay Sands in Singapore (down 11.6 percent for 4Q).

Adelson was in the news last week in connection to the publication of a new opinion from U.S. Department of Justice regarding its interpretation of the 1961 Interstate Wire Act, an opinion reported by many outlets as reflecting the anti-online gambling Adelson's influence.

On Monday, a committee in the Virginia state senate approved a bill that would allow up to five casinos in the state in Norfolk, Portsmouth, Bristol, Danville, and Richmond, reports WTKR.

The Senate Committee on General Laws and Technology passed the bill, sending it onward the entire senate to consider. The bill would require each city in which a casino is being proposed to hold its own referendum election in order to determine whether or not voters support having a casino.

The bill also includes language calling for the state to explore the issue of introducing casinos further. "It's not about being against gambling," said Secretary of Finance Aubrey Layne regarding the proposed study. "It's about making sure we know where we're going so we can make the best deal and [ensure the] best protections for our citizens."

While there is still a way to go before the bill could become law, the earliest any casino license could be issued would be July 2020.

As is often the case when states begin to entertain either the introduction or expansion of casinos and/or gambling, the need for additional revenue is a primary factor pushing the idea forward.

"We need this to survive," Portsmouth Mayor John Rowe told lawmakers regarding the legislation.

The Justice Department Gets its Wires Crossed