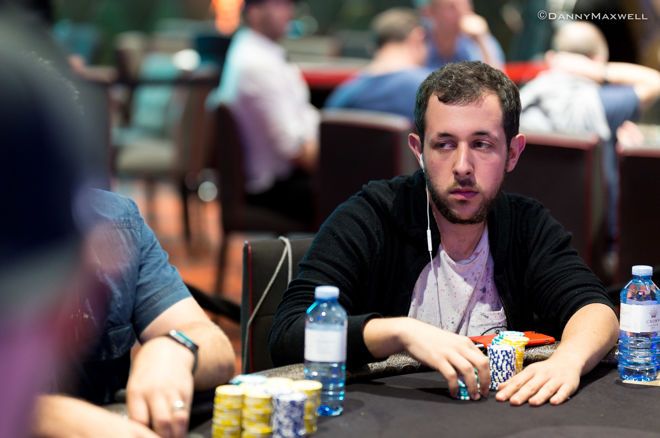 Artur Koren came into the day as the overall chip leader from the five starting flights and still sits atop the pile despite almost 250 eliminations over the course of the day.

"I think this is my first cash in a side event at the Aussie Millions in like four years or so," said Koren. "I just always bust final three tables in the Main which is ok, I guess. It saves the trip for sure.

Deaf Poker World Champion Alisha Wormald was also sent to the rail when she three-bet jammed king-ten over a small shove. A third player in the hand picked up sevens, and they held to send Wormald to the rail.

Also exiting the tournament early in the day was defending champion Benedikt Eberle.

"There will be other tournaments," Eberle explained to PokerNews after telling us he shoved with ace-jack for his last 14 big blinds, only for the big blind to wake up with queens. "I'm going to have a day off and go to the Australian Open. Then I'm refreshed for the Six Max on Tuesday!"

The bubble burst towards the end of the second level of the day, with 171 players ensuring themselves a min-cash of AUD$2,873.

The eliminations continued to come thick and fast throughout the day, and by the time the players went on dinner break just 26 remained. Leading the way was Justin Bernstein with close to 1.5m in chips, but there were plenty of big names still in contention.

Koren: "I think here you have to be very patient and understand how the dynamics are."

"I saw a bunch of familiar faces busting," said Koren after play had finished. "Some of them in some weird fashion. But I think here you have to be very patient and understand how the dynamics are, how people play and then with a little bit of luck you can go deep."

Tomorrow looks like an action-packed day with the conclusion of the Opening Event and several others kicking off. PokerNews will bring you highlights, interviews and more live from the Crown Casino.