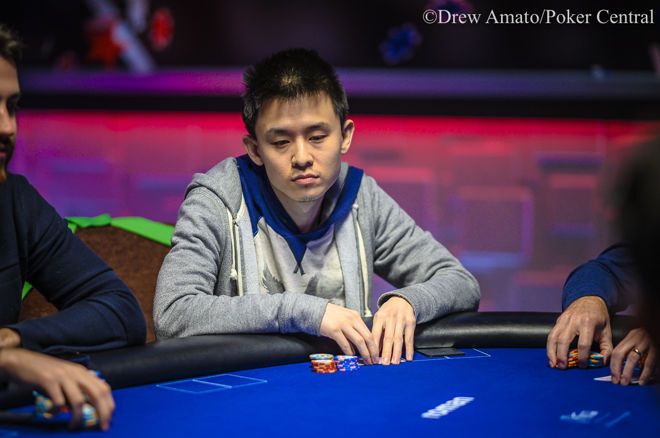 The first day has come to an end in Event #7: $25,000 No Limit Hold'em, the person to bag the biggest stack by days end is well-known pro Ben Yu with an overwhelming chip lead going into the final day. Yu has already cashed two of the events thus far in the series, with a best finish of fifth in Event #4: $10,000 Short Deck.

He will be coming into tomorrow with a massive lead and if he manages to take down the event will be well in contention for the 2019 U.S. Poker Open points race championship. Yu started to run up a stack near the end of the eleventh level of play, flopping two pair with the worst starting hand in poker to secure a double up through Elio Fox, who had flopped top pair.

Yu took his newly found chips and pressed on the gas pedal without letting up at any point throughout the rest of the night. There were a few hiccups along the way, but ultimately he would take his hyper-aggressive play to the final table, winning a couple of nice pots, and then taking out Martin Zamani and Dan Shak at the end of the night to secure his second Day 2 birth of the 2019 USPO.

Here's a look at how the rest of the final table stacks up:

Jake Schindler, Keith Tilston, and Bryn Kenney are the only players besides Yu that will be going into Day 2 with over a million in chips, it will also be the first time any of them have made the final six yet during the 2019 USPO. Nick Petrangelo and Nick Schulman will be coming into the final day on the shorter side of things, but have over $27 million in tournament cashes between them, with all the experience and skill needed to take down the event live at the PokerGO studio just outside of the ARIA Resort & Casino.

The tournament saw a total of 60 entry slips sold by the end of the late registration period, accumulating a prize pool of $1,500,000, with the top nine taking down at least a min-cash of $45,000 and the eventual champion pulling in $450,000 for first.

On the eighteenth level of play, it would be none other than Cary Katz exiting as the bubble boy. Katz moved all in on the button with ace-eight and was snapped off by Petrangelo in the big blind holding ace-queen. He would fail to hit, being eliminated in tenth place.

Players will return on Wednesday, February 20th at 1 p.m. PST where they will play down to a winner. A live stream of the event will begin at 2 p.m. and will be available on PokerGo.