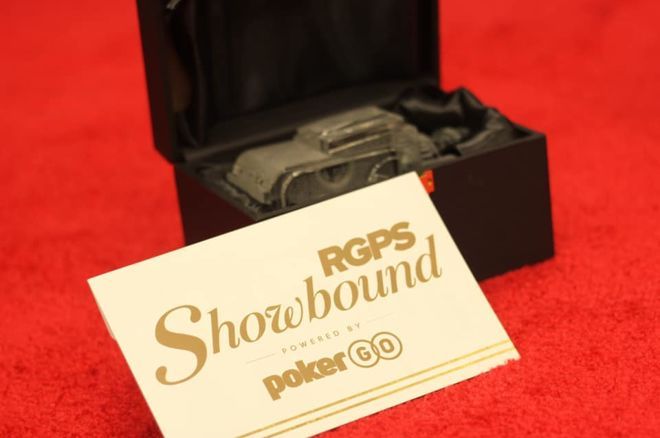 Few stages in poker have as rich a history with the game's biggest names as "Poker After Dark."

This coming summer, thanks to RunGood Poker Series, two everyday poker players will get the chance to take their seats on the legendary show in a $5,000 sit-n-go. That's the theme behind "Showbound," the 2019 spring season of RGPS and the latest brainchild of RunGood patriarch Tana Karn.

In partnership with Poker Central and streaming platform PokerGO, RunGood will award seats to a freeroll satellite that will take place at the end of the season. The top two finishers there will win the PAD seats, playing in separate August episodes in Las Vegas in front of thousands of fans the world over.

"The whole concept was we wanted poker's most beloved show, "Poker After Dark," to be accessible and relatable to our market, the ones who play dailies and nightlies and bar leagues," Karn said.

For spring 2019, RGPS will once again feature its six signature stops that dotted last season's schedule.

Each stop will feature its own venue-specific schedule, although the usual staples — RunGood Pro Bounty, RunGood Deepstack and the Main Event — will remain constants.

Winners of each preliminary event get seats into the freeroll, as well as all of the players who make the main event final tables. Those players — numbering around 75 — will gather May 6 at Hard Rock Tulsa with the two $5,000 seats on the line — both of which come from RunGood and PokerGO, not out of the prize pool.

Seats into the freeroll are non-transferable, limited to those 21 and over, and limited to one per player.

The two lucky players who bink the seats will head to Las Vegas in August to play in a to-be-determined lineup on PAD. They'll also get some extra goodies like a meet-and-greet VIP tour of the PokerGO Studio, as well as $750 for hotel costs.

Just like last season, the RunGood crew will be dressing up, only this time they'll trade in their cowboy boots and hats from the old West theme for outfits befitting a red-carpet gala.

RunGood regs can expect a few more minor differences. Karn will still be present and running the show at most of the stops, but Tara Nobui has been hired on as an event coordinator to run the DownStream and Bossier City stops.

"She's familiar with TDA rules and very personable," Karn said. "The more people we can have on staff, the more we can look at expanding."

However, he emphasized that the focus is more on quality than quantity and there wasn't much effort put into expansion for the spring season.

"We're very happy where we are," he said. "If we're gonna do a stop, we want to do it all in. At the end of the day, RunGood Poker Series is a product we want to make sure is polished and run correctly and has a great time."

Ideas Behind the Theme

The popular RunGood Pro Bounty, a staple of RGPS for years, was the genesis of the Showbound theme, giving a big-time feel to a small-time buy-in.

"Being under cameras and being under the lights, it is an indescribable feeling of excitement."

"I think players are really going to enjoy it. It's something new and different and that's something we like to do every season. I think this one we really nailed home especially with the PokerGO team up."

Now, RunGood will be sending a couple of everyday poker players to a big-time event on a premier poker stage.

It's a stage Karn himself played on recently when he participated in "Friday Night Poker" at the PokerGO studio. He went in with no expectations but was blown away by the quality he saw. Everything from the venue to the staff to the crew screamed professional production.

"Being under cameras and being under the lights, it is an indescribable feeling of excitement," he said. "If you end up winning and getting to play on PAD, you should be so psyched.

"It makes everyone look phenomenal. I got the chance to finally watch my episode. I was like, 'Man, they even made me look good.' You feel like you're Tom Cruise or Brad Pitt for a second."

"I think this one we really nailed home especially with the PokerGO team up."

Now Karn and the RunGood crew are giving poker players in the Central and Southern U.S. the chance to experience that same feeling. And while only two players will ultimately claim seats on PAD for the time being, Karn believes it's possible this won't be the last season of Showbound.

"Hopefully, PokerGO becomes a long-term partner for us," he said. "This is the first season theme where I feel there could be more seasons down the line. If everything goes well, maybe we'll make it an annual thing."