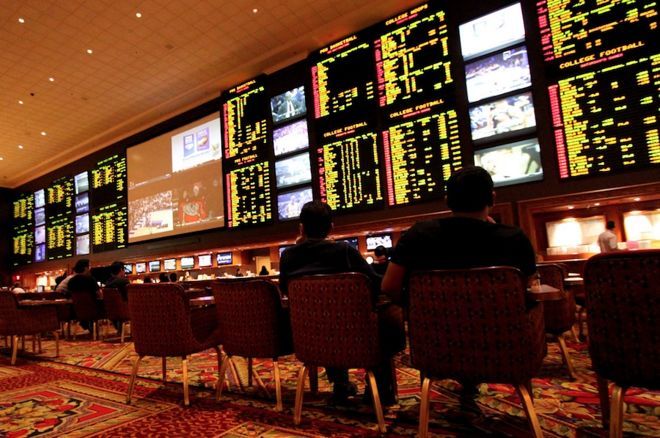 It seems like just about every week there is news of yet another state moving forward in the legislative process toward offering sports betting. This week multiple states were in the news for having made progress along the path toward joining the eight states that already offer sports betting.

On Wednesday, a Kentucky state House committee unanimously approved a bill to establish regulations for sports betting at the state's racetracks or the Kentucky Speedway, one that includes provisions for how revenue would be spent on the public pension systems as well as to help those suffering from gambling addiction, the Associated Press reports.

However, because the bill would require the state to raise and spend money, it will need 60 of 100 representatives to vote in favor of it when it goes to the full House.

Also on Wednesday, there was some drama in Bismarck as the North Dakota state House first voted down a sports betting bill, then passed a second one just a few hours later, though it took two tries for that second vote to pass.

The first bill limited sports betting to professional sports only, and according to The Grand Forks Herald that bill was "easily defeated." A vote on a second bill that also included betting on collegiate sports then passed, but was two votes shy of the total needed to advance it on to the state Senate.

Four lawmakers were absent for that vote, and so after they returned a second vote on the latter bill was conducted and this time the bill earned the necessary support for the state Senate to take it up.

Meanwhile in Iowa a state Senate committee passed a bill on Thursday that would allow the state's casinos, racetracks, and others to apply for sports betting licenses. The state House is also looking at a similar bill that has been approved by a subcommittee, one of several sports betting bills that have been proposed by the state's lawmakers.

That progress has been enough to encourage Prairie Meadows Casino, Racetrack & Hotel in Altoona to plan ahead. As the Des Moines Register reported yesterday, the racetrack has already transformed part of his horse-racing simulcasting space "into a Las Vegas-style sportsbook and bar, part of a larger $1.5 million renovation project."

Brad Rhines, Prairie Meadows' senior VP and chief strategic officer, said "It's not presumptuous to say [the sportsbook could be open] before July." The casino has already announced it would partner with William Hill to operate its sportsbook, if and when it opens.

The bill includes a number of other items related to the state's gambling industry, including a couple of relocations for Gary casinos and provisions to allow horse track casinos to begin allowing table games.

It remains to be seen whether the bill will be taken up by the full state Senate as is or will undergo further changes, including possibly being joined with other gambling-related legislation being separately considered.

In other gambling law-related news, you might recall how about a year ago there was a ruling by the U.S. Court of Appeals for the Ninth Circuit stating that popular "social casino" games such as offered by the Seattle-based Big Fish Casino gaming company constituted "illegal online gambling."

Now Big Fish Casino and its developer Big Fish Games, Inc. is facing another legal challenge thanks to a class action lawsuit being filed against them by players who have spent money playing their games via mobile apps.

The games allow players to play casino-style games for free with virtual chips, then when those chips run out users are invited to purchase more virtual chips. As KOMO News explains, the games operate differently than "other mobile games that give players the option of a paywall or to wait a certain amount of time to play after losing lives or credits."

The lawsuit was filed by a Florida resident and "on behalf of all individuals similarly situated, who lost money wagering on games of chance developed by the defendants."

The complaint notes how Big Fish Casino "brings in an annual revenue of over $100 million, and all of [Big Fish Games'] casino games combined bring in revenues of over $200 million."

Big Fish Casino has yet to respond to the lawsuit.

Finally, in January we were noting in this space how the Ocean Resort Casino had changed ownership, with the buyer having invested $70 million in the property to replace previous owner Bruce Deifik.

That buyer turned out to be the Luxor Capital Group, and this week it was announced the new owners had let go of the property's previous CEO Frank Leone and CFO Alan Greenstein, reports The Press of Atlantic City.

Eric Matejevich, who once served as COO at the now-shuttered Atlantic Club Casino Hotel, has taken over the chief executive officer role on an interim basis for Ocean Resort Casino. Meanwhile Terry Glebocki, who had been CFO at the Tropicana Atlantic City, will be the new chief financial officer at Ocean.

A statement from the owners welcomed both Matejevich and Glebocki while indicating an intention to introduce "substantial increases in our entertainment programming and player events throughout the year, adding a world-class buffet, additional suites and rooms, incremental investments on the casino floor and other exciting projects."