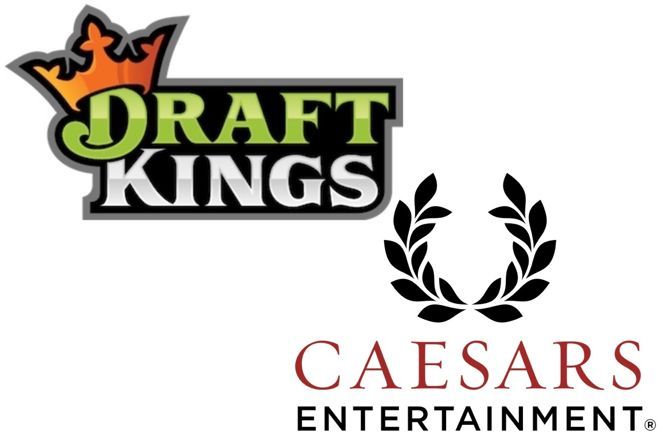 During the nine months since a U.S. Supreme Court ruling struck down the federal prohibition against states offering sports betting, the daily fantasy sports giant DraftKings has been one of several entities getting increasingly involved in what has already become a burgeoning industry.

On Monday came news that DraftKings' prominence in the growing market will be expanding further with the announcement of a multi-year, multi-state partnership with Caesars Entertainment.

According to an accompanying press release, "Caesars will offer DraftKings market access for its online gambling products, subject to passage of applicable laws and the parties securing applicable gaming licenses."

"DraftKings will promote Caesars Entertainment as its official casino resort partner in the states where the companies collaborate, and Caesars Entertainment will receive DraftKings equity," the presser explains. "Caesars can also continue to offer their own branded sports betting and online casino apps in each of these jurisdictions — and will maintain their own primary access in all states according to regulation under the agreement."

No details were announced regarding the terms of the agreement or how much of a stake Caesars will have in the online access it will be offering DraftKings in states where sports wagering is allowed.

"Partnering with such a world class gaming organization will expedite our national roll-out process and give us the opportunity to work alongside one the largest and most established industry leaders in the world," said DraftKings CEO and co-founder Jason Robins, who also mentioned collaborating with Caesars to create additional products and for future events.

At present DraftKings operates sportsbooks in New Jersey and Mississippi. Caesars operates casinos in those two states plus 11 more, meaning the new agreement will afford added opportunities for DraftKings to expand its offerings. As David Purdum reports for ESPN, Nevada will undoubtedly be a target for DraftKings where it has yet to apply for a gaming license "but has established an office near Las Vegas."

Possible Momentum for Casinos in Georgia

Georgians are starting to think more concretely about the possibility of casinos coming to their state following favorable sentiments being expressed by government officials and lawmakers this week.

First Governor Brian Kemp made it known on Tuesday that while he isn't necessarily in favor of casinos coming to his state, he wouldn't oppose it if lawmakers should decide to allow it.

According to the Atlanta Journal-Constitution, a spokesperson for Kemp said "that while the governor remains opposed to casino gambling, 'hardworking Georgians will have the ultimate say if a constitutional amendment is placed on the ballot.'"

A statement from Lt. Governor Geoff Duncan's office followed in which Duncan was reported to be "evaluating his position" on the issue.

Then in an interview later in the week, state House Speaker David Ralston likewise expressed reservations about gambling expansion in Georgia while also stating that he is "hearing from House members and people around the state that there's an appetite to let the people vote" in order to decide the issue via a potential constitutional amendment.

Former NFL cornerback Adam "Pacman" Jones was arrested at the Rising Star Casino in Rising Sun, Indiana during the early morning hours on Wednesday after gaming agents were "called to investigate a patron for possibly cheating at a table game," reports WLWT News.

According to a statement from the Indiana Gaming Commission, upon arriving at the blackjack table where Jones was playing, "the patron immediately became verbally combative and disorderly" with the agents.

What drew the casino operators' attention was not specified by an IGC spokesperson. Initially booked on a single count of disorderly conduct, Jones now faces seven charges: intimidation, battery against a public official, and cheating at gambling (all felonies), as well as attempted theft, disorderly conduct, and two additional counts of resisting law enforcement.

During his playing career for four different NFL teams which lasted from 2005-2018, Jones was frequently in legal trouble, most seriously in 2007 for his involvement in an altercation and shooting at a Las Vegas nightclub after which Jones was ordered to pay $12.4 million to injured victims.

On Tuesday, the Nevada Gaming Commission fined Wynn Resorts $20 million, an action taken to settle a 10-count complaint against the company related to its having failed to report and/or investigate allegations against former CEO Steve Wynn.

According to CDC Gaming Reports, the fine is "the largest handed down in Nevada history, nearly four times larger than the previous penalty, $5.5 million levied in 2014 against Cantor Gaming, now known as CG Technology."

The fine comes after Wynn Resorts agreed to settle the complaint in January, with the NGC deciding upon the amount of the fine. Wynn resigned from his positions as Wynn Resorts' CEO and Chairman of the Board in February 2018.