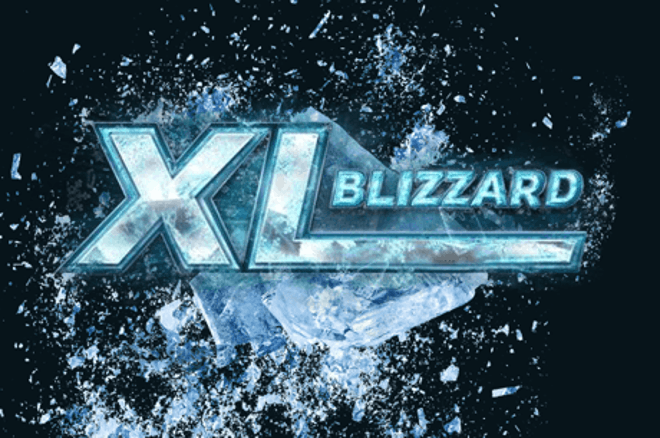 On the third day of the 888poker XL Blizzard Series, three new tournaments were scheduled. Most of the attention went out to the $30,000 Crazy 8, where there was a pretty big overlay with 269 entries. Let's take a look at this tournament and the results of the other events that played out on Saturday.

The XL Blizzard #6 - $30,000 Crazy 8 kicked off at 20:00 GMT. After late registration closed, there were 269 registered players. That resulted in a pretty big overlay with a prize pool of $30,000 with $5,850 reserved for the winner. More than seven hours were played before a champion was crowned.

Canada's "dujoe123" battled against "Lunatikas7" and in the end, the aforementioned won against his or her opponent to be crowned the winner. The winner received the first prize of $5,850, while the runner-up had to settle for $4,350.

There was also a Mini Edition of the Crazy 8 on the schedule for the players who couldn't afford the biggest buy-in ($88) of the day. To compete in this tournament, players had to pay the buy-in of $8.80 and there were 1,105 players competing for a prize pool of $12,504. Every finalist in this tournament would secure him- or herself of $165 but all eyes were on the top prize of $2,317.

The last winner of the day was crowned in the XL Blizzard #8 - $10,000 Late Crazy 8. This event was played by 253 players to create a prize pool of $13,400, easily reaching the guaranteed prize pool. Regular "Kaktus26rus" made another final table appearance but the journey ended in fourth place for $937.

"DiCarpi0" from Romania won the event for $2,317 after defeating the Brazilian player "tassio-ita" in the final heads-up.

In addition, 888poker is inviting players that participate in at least five XL Blizzard Events into a freeroll that awards a $12,600 WSOP Main Event package to the winner and three $2,700 Crazy 8’s packages to those who finish second through fourth.