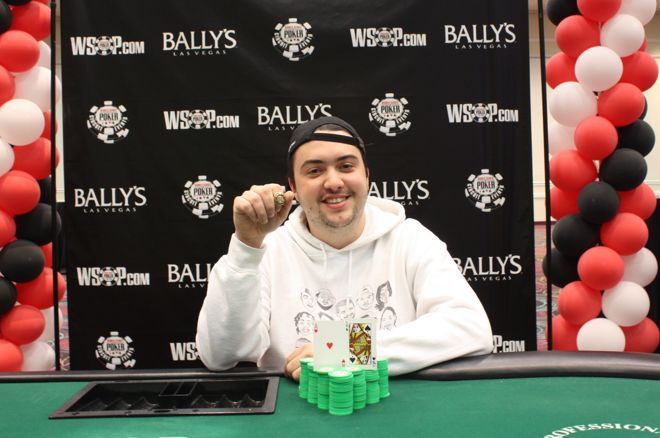 The 2019 World Series of Poker (WSOP) Circuit wrapped up its stop at Bally’s in Las Vegas on Monday night with the conclusion of the $1,700 Main Event, a tournament that drew 607 runners and created a prize pool of $919,605.

One individual to play in the Main Event, albeit by mistake, was social media star Catherine “catrific” Valdes, who registered for a $400 side event but was unintentionally seated in the big one. Eventually, it came to light and there was some fallout, which you can read all about in this PokerNews The Muck piece.

After three days of play, poker pro Asher Conniff, 30, emerged victorious to win the tournament for $193,147, his first gold ring, and a seat into the 2019 WSOP Global Casino Championship.

“I feel really good. A little relieved. A little tired and a little hungry. But more than anything, happy and excited."

“I feel really good,” Conniff told WSOP officials after the tournament. “A little relieved. A little tired and a little hungry. But more than anything, happy and excited. It always feels good to win a tournament, especially one with 600 people.”

According to updates from the event, Conniff began the final day as chip leader among the returning 11 players. He maintained it until play was whittled down to the final three players, at which point he fell to the short stack.

It wound up being an up-and-down battle for the trio, and eventually Conniff raised to 275,000 and called when Justin Young three-bet to 850K. He then called a bet of 550,000 on the

completed the board on the river, Young moved all in for 2.665 million and Conniff called with the

for top pair. It was good as Young showed

Heads-up play was a much shorter affair and ended when Josh Suyat got his chips all in holding king-queen only to run it smack dab into Conniff’s ace-queen. Suyat failed to get lucky and had to settle for second place and $119,447 in prize money.

In addition to the Main Event, there were over a dozen side tournaments at the WSOP Circuit Bally’s stop, and some fairly well-known poker pros took a couple of them down.

“It feels great, but it’s just another day at the office,” the 32-year old professional poker player from Connecticut told WSOP officials after the win.

Meanwhile, the aforementioned Event #8: $400 No-Limit Hold’em Monster Stack attracted 462 runners and offered up a $152,460 prize pool. The tournament was ultimately won by Justin Harvell, who was awarded a $32,805 first-place prize and his second career ring.

"The first [ring] was a huge breakthrough and relief," said Harvell. "It's nice to get number two. We're counting now and adding on. It feels good."

Here’s a look at all those who won rings at the most recent Las Vegas stop.

The next WSOPC stop is already underway at Horseshoe Council Bluffs just across the river from Omaha, Nebraska. PokerNews will bring you a recap of the stop’s $1,700 Main Event upon its completion.