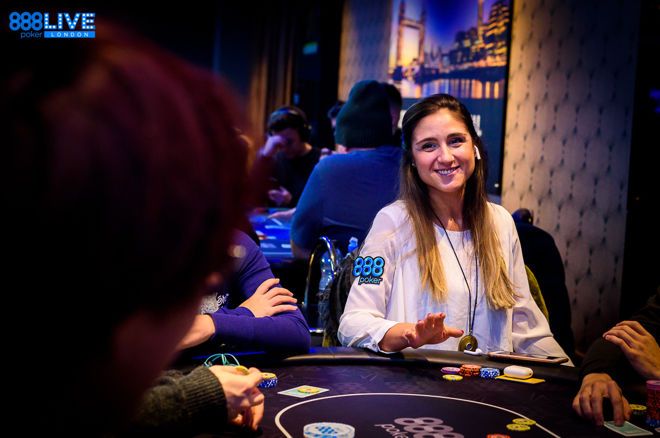 Poker players from around the world are gearing up for the next 888poker LIVE stop later this month in Bucharest.

This will be the third consecutive year that 888poker have visited the Romanian capital, and we spoke with 888poker Ambassador Ana Marquez who after enjoying herself in Madrid earlier in the year, is ready for another exciting 888poker festival!

"Bucharest is such a beautiful city!"

We asked Marquez what players heading to Romania can expect from the 888poker LIVE Bucharest festival.

"It's always a really fun stop," Marquez told PokerNews. "Bucharest is such a beautiful city and I'm definitely looking forward to going back and playing poker with the whole 888poker Team.

READ MORE: A Look Back at the 2019 888poker LIVE Main Event Winners

"The hotel is really nice, because there's this massive gym. There's also a casino inside - which I love!"

Two years ago, Marquez had more reasons to enjoy her trip to Bucharest. Not only did the Spaniard cash in the Main Event, finishing 39th for €2,150, but she also won the High Roller for €26,080. Understandably, she has her eye set on that very same tournament.

"Every tournament you win is always the nicest tournament ever! So I'm definitely looking forward to the 888poker LIVE Bucharest High Roller. I'm not biased at all(!)"

Marquez Ready for WSOP; Find Out How You Can Qualify!

After Bucharest, Marquez says she will put in a lot of work ahead of the rest of the poker year and of course the World Series of Poker which you can qualify for only at 888poker.

"I'm going to put a lot of work in. Accumulating cashes is always the main goal, and the bigger the better. I'm always excited for the World Series of Poker!"

How to Qualify for the WSOP Main Event