Guns and Cancer Couldn't Kill Him, Now Doyle Taking No Chances With Coronavirus 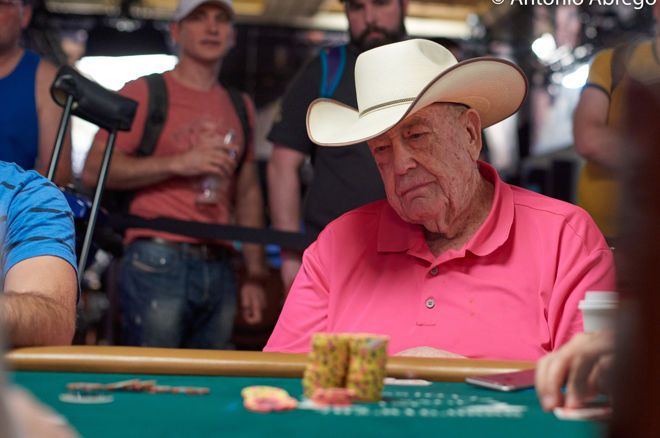 There's not a lot that Doyle Brunson hasn't lived through, and 'Texas Dolly' as he's known is one of a number of poker players voicing their concerns about the Coronavirus on social media.

The octogenarian admitted that he was in self-quarantine mode so as to not infect his wife Louise. He added that despite being robbed at gun point five times, been stabbed, beaten cancer three times and survived three car wrecks, "the Corona can't touch me."

That looks like a 1st edition. Pretty expensive.I'm in a self quarantine mode. The Corona can't touch me, I've been… https://t.co/o6bacQn6ZB

Meanwhile, Ronnie Bardah has been spreading the word about the dangers of shaking hands in the current climate, going on a Las Vegas television station teaching new greetings to reporters.

Make sure you Corona dapping up! https://t.co/BgBykwC9lr

Although figuring out how you're going to greet someone is a moot point when you're stuck on an airplane. That's exactly what happened to reigning WSOP APAC Main Event champion Scott Davies, who endured a more than six-hour plane ride with "nearly every single person sitting around [him] having a bad cough."

Just finished a 6.5 hour flight with nearly every single person sitting around me having a bad cough. Wtf people i… https://t.co/7Q1T3ALGq6

Other players have their own ways of dealing with the Coronavirus outbreak. Mike Matusow announced that he would be writing a new book whilst self-isolating, Sasha Liu praised Taiwan and its response to the outbreak while Kitty Kuo is hitting the gym whilst also self-isolating.

Tough decision, booked my flight to Taiwan on Monday but I live in Vegas for 8 years and all my best friends here.… https://t.co/qH0BXM2ndt