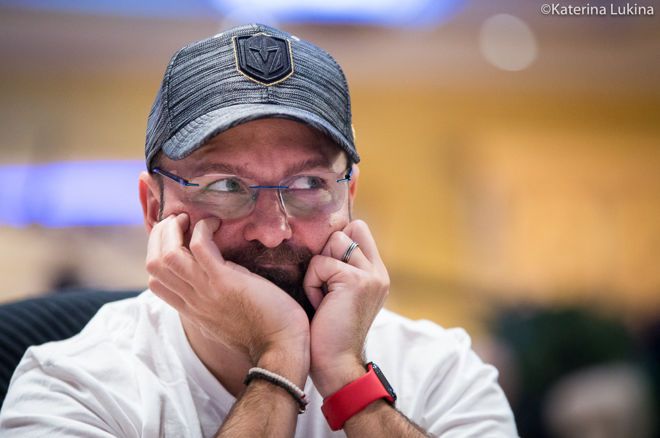 Updated 11th March 12:30 UTC: According to a tweet posted by PokerShares, the COVID-19 betting market has been removed after a ten-hour test period due to "negative feedback on social media and reconsideration."

GGPoker pro Daniel Negreanu has branded a new PokerShares betting market "cold-blooded" after the site started allowing bets on the number of COVID-19 cases in the United States.

PokerShares had already given poker players and fans the chance to bet on whether the 2020 WSOP Main Event will play out as scheduled. However, despite appearing under the 'Poker' category on the site, the new market moves away from anything poker-related to focus solely on the number of confirmed COVID-19 cases in the United States by the end of March.

The United States has seen over 1,000 confirmed cases of COVID-19 so far, with 31 people having died so far according to sources.

PokerShares founder Mike "Timex" McDonald has previously told PokerNews that they use a "variety of both quantitative and qualitative metrics" to arrive at their odds, which usually focus on which player will win a certain poker tournament. It is unclear what metrics the site is using to arrive at the odds mentioned above.

Reaction to this new betting market has been mixed, with partypoker pro Ludovic Geilich calling it "Fucking gold!" and Bill Perkins stating that in his opinion "B is a lock". Others called it "not cool" and "distasteful," asking whether or not similar markets would be opened for family members dying or natural disasters and terror events.

Daniel Negreanu isn't one to shy away from the main talking points amongst the poker community, and this was no exception. He took to Twitter explaining that despite an extensive betting history as a professional gambler, betting on something like this was not something that he was prepared to do.

As a professional gambler I’m open to betting on a lot of things. Not on that list are:

He also referenced a previous feud with Shaun Deeb where Deeb offered to bet $500,000 on whose marriage would last longer after Negreanu's 2019 marriage to former PokerNews host Amanda Leatherman.

FIND OUT: Who are the GGStreamers?

Despite not tagging Mike "Timex" McDonald, the tweet was soon brought to the PokerShares founder's attention. In his reply, he states that this betting market is "good advertising" in order to better inform the poker community.

@Evan_ss6 @RealKidPoker Nah you're overthinking things Evan. I'm a firm believer that this will be bad and I figure… https://t.co/hhMYB296il

@Evan_ss6 @RealKidPoker The way in which my voice carries the furthest is through the community's unwillingness to… https://t.co/9wR5s9KBxM

But what do you think? Would you bet on this market and why?