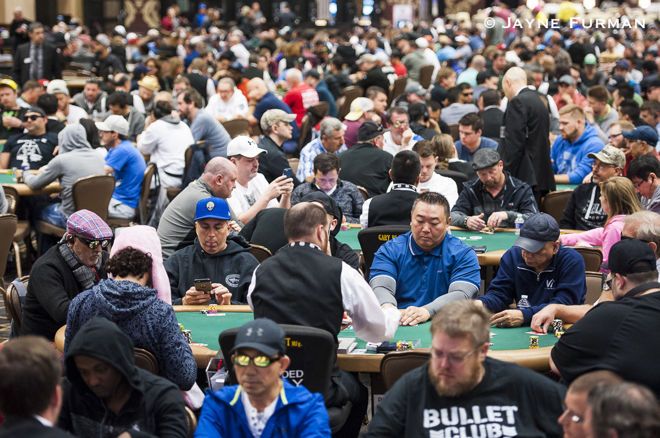 With just over two months to go until the scheduled start of the 2020 World Series of Poker in Las Vegas, there has been very little change with regards to the holding of the 51st edition of the prestigious poker festival.

The latest update comes courtesy of French radio show RMC Poker Show whose presenters Daniel Riolo and Steven Liardeaux interviewed WSOP Director Gregory Chochon who said that the WSOP continues to manage the impact of the pandemic on a daily basis.

According to Chochon, although players from over 100 countries make up the WSOP fields each year 80-85% of the attendance is made up of American players. That being said he admits that the situation in America is "getting closer" to what is happening in Europe.

"We are a few weeks behind [Europe]," Chochon told the show. "The Wynn has just announced its closure, we are very close to the total containment so I do not know what will happen in the coming weeks but this is what is likely to happen. It seems to be the next logical step.

The WSOP first clarified their position towards the end of January 2020, with Seth Palansky, Vice President of Corporate Communications for the WSOP saying that they were "monitoring the situation" and at the time all events and schedules "remain intact and are planned to go on without interruption."

Now in the face of the growing international response to the coronavirus outbreak, Chochon admits that all possible scenarios are being considered, but stressed that no decision has yet been made.

"It's too early to make a decision, there can still be a lot going on by the end of May," said Chochon. "Maintaining, canceling or postponing is really too early to make a final decision. We are going to take the time but we are studying all the scenarios," he added.

The presenters then asked Chochon whether there was the possibility of the WSOP reacting quickly, should the event receive the green light from authorities.

Chochon said that the situation was not too dissimilar to that affecting the 2020 Olympics due to be held in Tokyo, Japan from July 24-August 9th.

"There is no deadline for a final decision, the situation changes from day to day," continued Chochon. "It is very difficult for us to decide. Just like with the time until the Olympic Games, there is a period of two months when nobody is able to say what is going to happen. We must allow time for reflection."

Ending on a positive note, Chochon reiterated that the WSOP's stance has not changed.

"Today, the schedule remains as it is. Nothing has changed, the guarantees are there and nothing changes at the time of our conversation" concluded the Frenchman.