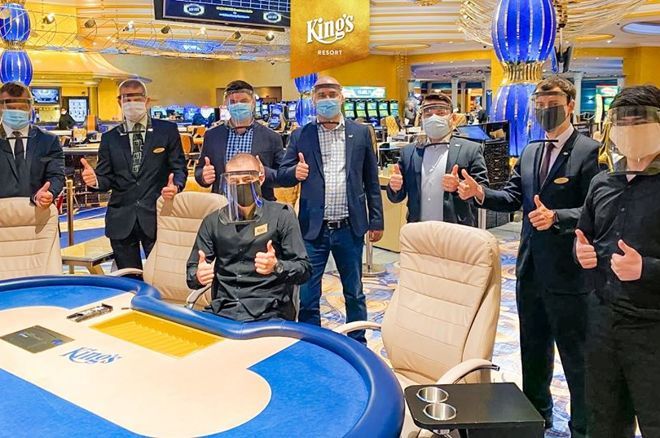 After being closed since March 13th, King’s Resort Rozvadov as well as King’s Casino Prague and the Admiral Casino, Rozvadov have reopened.

The venue previously announced that all Italian players would be banned "to prevent the spread of the coronavirus (COVID-19) infection," and the properties were fully closed less than two weeks later, following Czech government-issued restrictions.

However, after two months the venues reopened today, with roulette, blackjack and slots all available, as well as poker cash games. Tournaments will not be taking place, although officials hope that they will restart again soon. According to the announcement, the King's Resort hotel and restaurant will be still closed until further notice.

A Facebook post states that hand sanitizers will be readily available for all guests alongside frequent disinfection of all areas.

Casino officials also published a set of safety measures on Facebook that King's Resort customers will need to adhere to.

According to the Guardian, the Czech deputy health minister announced last week that the mandatory wearing of face masks would stay in place until the end of June.

There has also been the lifting of restrictions on movement within the country, with groups of up to 10 people permitted to gather.

However, no immediate information has been made available on when foreign visitors would be allowed to re-enter the country.

It has previously been reported that King's Resort CEO Leon Tsoukernik told all employees that there would be no layoffs, with all employees able to receive full salary and stay home until at least September 1st.