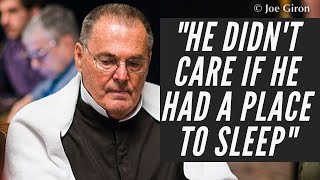 Duane “Dewey” Tomko was born in the forties in Pennsylvania. He got his start playing cards in his teens at local pool halls. He won quite often and continued to win while attending college. Upon graduating, Tomko began working as a kindergarten teacher. He didn’t stop playing poker though and did so whenever he could. Eventually, Dewey realized that he was making a lot more money playing poker and quit teaching.

In 1983 and 1984, Tomko crushed the WSOP with five cashes. All of those cashes were top three finishes and the two cashes in 1984 were both wins for two more gold bracelets. He also won the Grand Priz of Poker this year for $355,000.

Plenty more cashes were to follow over the next few years leading up to another extremely deep run in the 2001 WSOP Main Event. There, Dewey took second place to Carlos Mortensen when his aces got cracked. Tomko did take home over $1 million for the runner-up finish.