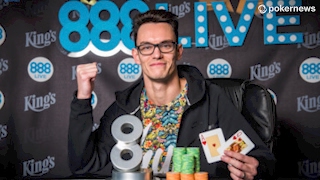 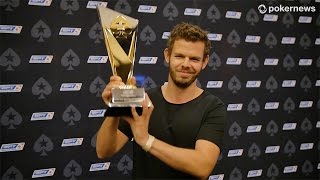 Poker and Dentistry Come Together in Team Dental Suite

In early 2015, 72-year-old Pierre Neuville received a Lifetime Achievement Award at the European Poker Awards. During his acceptance speech, Neuville was appreciative, but humbly dismissive.

"The best is still to come, and it's never too late to win," said Neuville. "Thank you very much, but I'm sorry to tell you it's not achieved yet."

For most, a lifetime achievement award would be the capstone of their career. Not for Neuville, who hails from Belgium and has had a lifetime affair with games. In fact, Neuville seems to have saved the best for last as he finds himself fourth in chips in the 2015 WSOP November Nine.

Here's a look at how Neuville performed over the course of the tournament:

Neuville first learned to play poker back in 1957, and spent a good deal of his time at Université libre de Bruxelles playing the game. He then took his fascination with games to the next level when he created his own game and toy company in 1969, one he'd sell 13 years later to Hasbro. Neuville would go on to become vice chairman of the company's European division before retiring in 2008.

For decades Neuville was unable to pursue poker – a stipulation of his high-ranking position – but as a retiree, he jumped into it full force by heading to the PokerStars Caribbean Adventure (PCA), ultimately finishing in 18th place for $48,000. From there, Neuville traveled the world playing in live poker tournaments, many of which he qualified for online at PokerStars, a feat that earned him the nickname "The Serial Qualifier."

Neuville currently sits second on Belgium's all-time money list behind Davidi Kitai ($6,215,644), meaning he would need to finish at least second in the Main Event to surpass him.