Counting the Combos: An Exercise in Range Narrowing 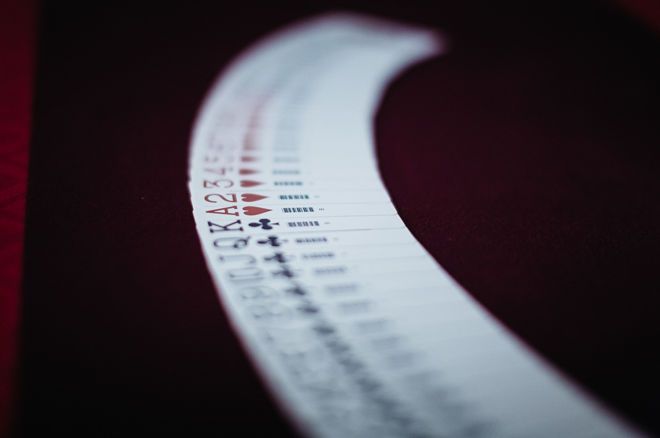 Sometimes in no-limit hold'em, it will be less likely for your opponent to show up with a weaker hand than with a stronger one, even if both would have been played the same way. How is that possible? The answer lies in counting the combinations. The following hand is an illustrative example.

The Range of a Cold Call

. The big blind checked and the initial raiser continuation bet $3, something to be expected on this relatively dry, disconnected flop.

This is where the action deviated from the norm. The button raised to $10, a move representing a made hand like a set of sevens or fours. Then the big blind, not deterred by the increasing price of poker, decided to cold-call the raise.

, for all we know — the big blind's call of the raise more particularly signals a strong range. Even weak flush draws like

may find it hard to continue by calling here. After all, the initial raiser can still reopen the action.

Because the big blind simply defended before the flop, hands like K-7-offsuit, K-4, and even 7-4-suited could all be possible. The big blind certainly has the most diverse possible range given the preflop action, and because of the flop action he is unlikely to have a weak draw or weak made hand.

The initial raiser folded and the two players saw the turn heads-up. That's when the most interesting card in the deck, the

, showed up. The action did not explode, however. The big blind checked, the button bet $15, and the big blind called. Still, $130 lay behind in the stacks.

made the nut flush draw impossible for both players, it did not completely eliminate the chances someone held a flush. The card made it much more difficult for the button to hold a flush, since most of the flush draws he could have flatted with preflop were suited aces. On the flop, only hands like

were now possible for the button.

The same, however, cannot be said for the big blind. Remember, the big blind only called preflop for a cheap price. He could hold just about any two diamonds, including

Just counting the suited diamond kings the big blind could have —

— comes up with nine combinations. And all of those would have the nuts on this turn card.

All of this would become immediately relevant, because after the

river the big blind checked for a third time, the button bet $24, and the big blind moved all in for about $105 more. This is a sizeable raise.

. Hands like 4-4 or 7-7 are both also possible, though arguably the big blind could have three-bet those hands the flop some amount of the time.

The few hands that did not make a flush on the river such as K-7, K-4, 7-4, and 4-4 are certainly bluff catchers and not very good bluffs.

do block the nuts, and therefore might make ideal bluffs if the big blind feels he is not strong enough to call down in this spot.

seems like the ideal check-raise all-in here, since it is far weaker as a bluff catcher, and could have check-called the turn with the nut flush draw.

In any event, the button decided to call the shove with

. He might have told himself, for example, that he beat 4-4. But really, 4-4, even if played this way, is only 3 combinations. That's 3 combinations versus nine combinations of the nuts. Consider other flush draws, too, like

. In other words, the stronger hands — flushes — are more likely to be in the big blind's hand.

It would seem like the button's obvious play was to bet-fold the river for value. He is simply beat too often. As was the case here, as the big blind turned over

Betting it All Minus One Chip: Chidwick Explains