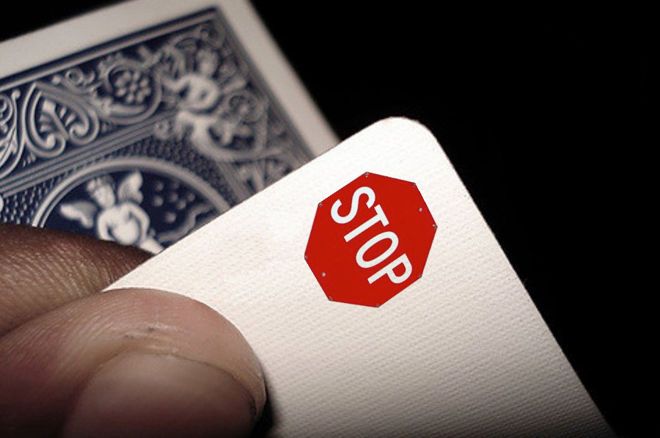 I remember when I bought my first car. I was a college student. It was summertime. Open roads beckoned to me. I had worked the first eight weeks of summer vacation, saving money, and I wanted to drive — fast.

The day after I stopped working, five weeks before classes resumed, I took off and drove across the United States. A local cop pulled me over after I had driven only one mile for going 50 in a 30 mph zone and driving through a stop sign. He nicely told me that he could have taken away my license right there and hauled me off to jail. Instead, I got a fat ticket.

But it didn't change my ways. It took six more tickets, two license suspensions, and a revocation of my car insurance for me to figure it out.

Many poker players start out the same way. They start by playing too loosely, read a book or two and tighten up, learn about the importance of aggression, and they're off to the races. Unfortunately, many don't learn the important lessons of balance, restraint, and selective aggression until they have totaled a few bankrolls.

I write this article for them — and for others who might want to learn these lessons before they go broke.

Learn to recognize the "stop signs" in poker. These are the actions, combined with the situation you are in, that should give you serious pause. They don't necessarily mean that you shouldn't be aggressive. But you should at least initially stop before proceeding cautiously, if you proceed at all.

Here are some examples of "poker stop signs" from a $1/$2 game with a bunch of mediocre or poor players. Unless stated otherwise assume all players involved in the hand start with $300 stacks.

in the cutoff. Three players limp, then you raise to $15. Two of the limpers in front of you call.

. The first player bets $35. The next player folds. True, he may be bluffing. He may surmise that you don't have an ace, betting to represent one to get you to fold. But most of the time his bet indicates that he hit an ace, in which case you're hugely dominated. See the stop sign and heed it.

If you think about things and conclude that he's likely to be making a move, you can call or raise as you see fit. But first, heed the stop sign.

and raise preflop from under the gun. One player behind you calls. The flop is

. See the stop sign. Why bet this hand? You're leaving yourself open to a raise, won't know where you are, and will be out of position the entire hand.

Yes, your opponent may be manipulating you with nothing or next-to-nothing. But even if you suspect him of that, a check is much better, at least raising the possibility in the mind of your opponent that you may be setting a trap.

The flop brings three suited cards, and you don't have at least an ace of that suit or two pair

Whether you raised preflop or called from late position, or had any other reason for playing the hand, unless the pot is already huge when compared to your effective stack, if three to a suit flop and you don't have at least an ace of that suit or two pair, let another player have the pot if they bet.

There are just too many ways that you are behind an opponent's made hand or their drawing hand. Players are tempted to semi-bluff here, with four-flushes, to represent the flush. But betting without at least a draw to the top flush, or with at least two pair is usually an error, as you're leaving yourself open to being manipulated by an opponent who has the flush or the nut draw.

You have been betting a moderately strong hand preflop, on the flop, and on the turn, then face a large bet on the river that is called by another player before you act

Following a limp from under the gun, you raise to $10 from mid-position with

and get called by both blinds and the UTG player. Again, you each have about $300 to start the hand.

for a final board of

, and the first player to act goes all in for $200. The second player calls. You must fold even with your top two.

Large river bets are regularly made by poor or mediocre opponents — even with hands that are not very strong — sometimes as desperate bluffs, other times because they overvalue their hands. It frequently makes sense to call these hands. However, it is rarely the case that an opponent will have such a bet called without at least one of them having an extremely strong hand.

There are no sure things in poker. Sometimes heeding the stop sign will inhibit your action to your detriment. But most of the time, paying attention to such signs will save you from a stack-destroying collision.