Hand Review: Bluff and a Rebluff at a Big Final Table 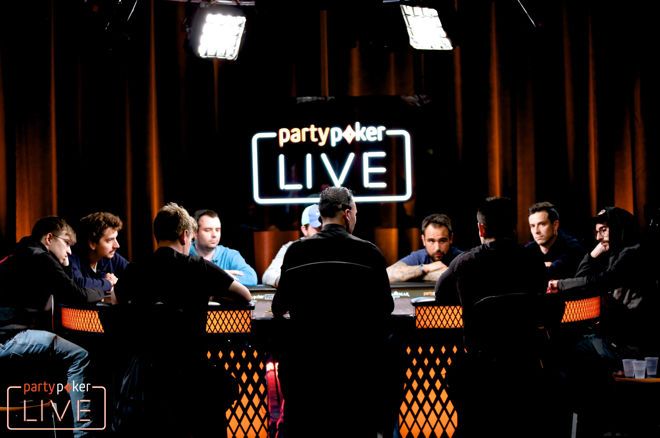 With live poker on ice for the time being thanks to coronavirus, I haven't been able to get my fill of poker hands to look over. However, I do have some old ones bookmarked and now seems as good a time as any to look back and see if there's anything interesting to examine.

I fired one up today and it definitely presents some spots on multiple streets. This one comes from the final table of the 2018 Caribbean Poker Party $5,300 Main Event. Six players were left with blinds and antes at 4,000,000/8,000,000/8,000,000. Filipe Oliveira had the shortest stack at 126 million, while Pascal Hartmann had a big lead over the rest of the players with 646 million.

Hartman raised to 16 million on the button with

and Oliveira called in the big blind with

I found this one interesting from both players as each player found himself in a bit of an awkward spot on the river.

After pretty standard preflop action, Oliveira flops a flush draw, but it's pretty tough for him to be aggressive here after defending big blind versus the button open. If he check-raises, he's pretty much representing that he slowplayed a big hand preflop, because this ace-high flop is not one with which he connects that hard since he'd probably shove most of his strong aces against a button open with just 15 big blinds in his stack. Additionally, given that he had the shortest stack, he doesn't have to worry much about ICM, so he can shove pretty freely.

Therefore, check-calling seems like the only reasonable option. The turn checking through also seems standard for both players, bringing up an interesting river spot for both players. With 72 million in the pot and 104 million left to play, stacks are short, but each player found some maneuvering.

Oliveira opted to lead with a small bet of about 20% of the pot. On the surface, it's a reasonable play, because he's at the bottom of his range with no showdown value, a situation in which he is supposed to find some bluffs.

The problem is, what strong hands does he have here? Weak aces up seem like his strongest hands, and given how good aces up are here with a short stack, it's seems a little unlikely he'd bet them this weakly on the river. He could potentially have something like

that wants to show down and avoid having to call a large bet.

A tiny bet of 15 million here is really just targeting some unpaired hands in the opponent's range, but even that seems a little unlikely on a board like this, particularly when Hartmann checks back the turn. Furthermore, Oliveira himself has some of the cards he'd like Hartmann to hold with missed straight and flush draws.

Given all that, I think I favor just giving up in Oliveira's spot. If he decides to go for a bluff, I think betting something like 25 million even might look a little more like a decent hand going for value.

Hartmann has an interesting decision of his own with fourth pair and a straight blocker. Should he attempt to bluff catch, just fold, or turn his hand into an all-in bluff? I'm really not sure about this one, but it's interesting that he opted for the latter.

While Oliveira doesn't have many big hands here, he also doesn't have that many bluffs. Instead, his range seems a bit weighted toward middling pairs. Therefore, an eight doesn't have as much showdown value as it might appear on the surface.

Hartmann went for the aggressive play, and I think I like it a lot more than calling. Calling might be paying off some of those

type hands that want to get to showdown, while shoving puts them in a very difficult spot. Hartmann could have tons of hands for value here, from two pair to a slowplayed set to the nut straight.

I think my initial instinct would have been to fold the pair of eights here against the blocking bet, but Hartmann quickly figured out an all-in bluff would give him the most value here. While he was bluffing with the best hand, I still like it overall and respect his calculus here.

You can watch the whole final table of the event here: