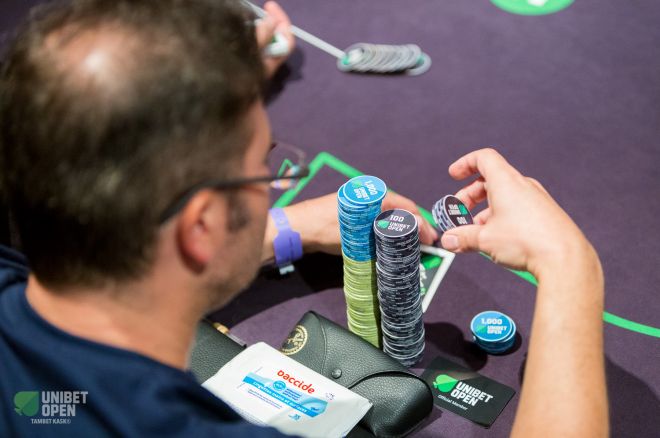 When it comes to low stakes cash games, you have probably heard advice about how to play against passive opponents many times before. Value bet them frequently, steal their blinds a lot, and keep the bluffing to a minimum if they are recreational players. These tactics often work because the vast majority of your opponents in small stakes cash games, both live and online, will fit a similarly passive profile.

But how do you play against a loose-aggressive opponent (sometimes referred to as a “maniac”) who is in there with all sorts of hands and constantly trying to bluff you? These players can be much more difficult to play against, and there is much less information out there regarding how to approach them.

To that end, in this article I am going to discuss a few ways to counteract and exploit the tendencies of a loose-aggressive opponent profitably in low stakes cash games.

The first thing about playing against loose-aggressive opponents that you need to know is that having position on them is absolutely vital. It is so important to me, in fact, that I will often just get up and leave the table if an opponent like this gets a seat on my direct left.

The reason why is because the person seated directly behind you will always have a huge advantage in every single hand except when you are on the button. When it is a loose-aggressive opponent who is going to three-bet you, float you with calls, and try to bluff you every other hand, this can be an especially difficult spot.

The types of players at the poker table and what seat you have relative to them affect your success in this game than anything else. Allowing a loose-aggressive opponent to sit on your direct left and make your life miserable is like handing your opponent a knife in a fistfight.

Don’t fight uphill battles. There are plenty of other tables with more inviting seats from which to choose.

Use Their Aggression Against Them

You have probably heard the phrase “give them enough rope to hang themselves” before. Well, it is not like you should never bet against these types of players or ever try to bluff them. However, you should definitely use their aggression against them on most occasions.

This means just flatting their bets more often, especially with top pair or better postflop. Often they are just bluffing or they have a weak draw or pair and raising will just force them to fold. It is better to allow them to keep firing at the pot on later streets and stick more dead money in the middle.

This approach is not always the best preflop, though. With a big hand — especially

— you should be reraising their opens most of the time. The reason why is because they will call a lot more often and it is obviously beneficial for us to create a bigger pot with hands this strong.

One of the most difficult things about playing against loose-aggressive opponents is staying patient when you aren’t making any good hands. It is imperative that you do not lose your cool and start playing into their game.

This is exactly what they want you to do. There is nothing that they love more than getting into ridiculously huge pots with meager holdings and making enormous bluffs. You don’t need to play this same kind of game with them in order to win. And if you are running poorly, this could cause you to tilt hard as well.

It is very important not to try and fight for every pot against these players. You need to accept the fact that you will get bluffed by them on some occasions. It is okay. Just let them have a bunch of smaller pots.

Sometimes it simply will not be your session either. That is fine, too. Just make sure you don’t make the big mistake of losing your patience against them and becoming the fish yourself.

It is important always to remember that playing against these types of players is high variance. There is no way that I am ever making any “sick folds” against these opponents, so I will be losing my stack when they cooler me every single time.

Also, sometimes they will simply draw out on you such as by hitting some ridiculous draw or backing into two pair on the river. This kind of stuff just goes with the territory when playing against these types of players.

It is important to remember, though, that these players can be insanely profitable to play against in the long run. They will sometimes run hot for a session or two, but over time many of them will lose big.

There are no easy answers to playing against a loose-aggressive opponent. But if you make sure that you always have position on them, use their aggression against them when you can, and remain patient versus them, then these players will be a huge boost to your win rate in the long run.

It is important not to get wrapped up in your short-term results in general, but especially against these players. The reason why poker is so profitable is because players like this are able to get lucky sometimes — and we all have to pay that “tax” from time to time. Just stay focused on getting the money in good and the long term math will sort itself out in the end.

Nathan “BlackRain79” Williams is the author of the popular micro stakes strategy books, Crushing the Microstakes and Modern Small Stakes. He also blogs regularly about all things related to the micros over at www.blackrain79.com.

How to Stay Focused in Poker When You are Struggling