How to Tilt Lesser-Skilled Players at the Lower Stakes 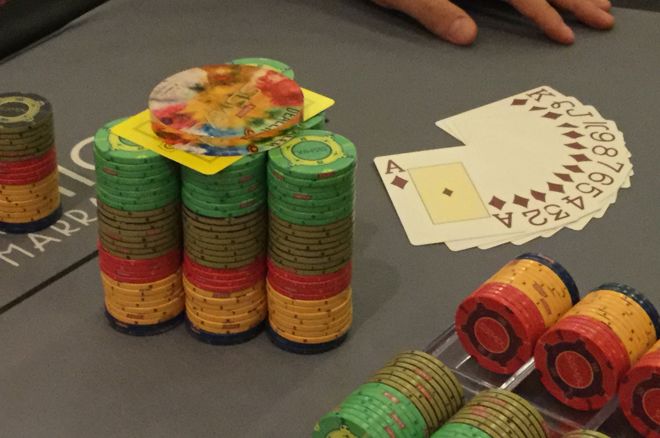 My approach to the game of poker has always been very simple. I am there to play against the bad players, a category that in the lower stakes games is often comprised of casual or "recreational" players. I know that this is where the money comes from in these games and so my attention when playing in them is often entirely focused on this group of opponents.

But just being at the table with a weaker player is not the end goal. Sure, this is a good situation and you will turn a profit in the long run. But your real aim should be to stack the weaker opponents before any of the other regs can.

This is why one of my main goals when playing against the recs is putting them on tilt. Note: I am not referring to behaving badly in order to throw others off their games — that's a huge no-no. Rather, I'm referring strictly to playing in such a way that tends to frustrate opponents, especially lesser-skilled ones, causing them subsequently to play even less well and make more mistakes.

When somebody is on tilt (frustrated with me), then that player is much more likely to pay out like a slot machine when I finally hit something good.

In this article I am going to explain exactly how I go about tilting lesser-skilled players with the way I play against them.

You Need to Have Position

Putting players on tilt is always going to be a million times easier when you have position on them. This gives you the ability to raise their limps, three-bet them, float them, bluff them, and bet much more.

The process of tilting someone really is all about being as annoying as possible. (Again, I'm talking about being annoying with your bets and raises, not with your behavior.) This is infinitely easier to do when you always get to act last. For this reason, when playing cash games I will go to whatever lengths I can to make sure that I have position on the lesser-skilled player.

This also means that I typically avoid all forms of speed poker online. In these games you are moved to a completely random table every single hand, which makes it impossible to maintain position on anyone. In these games it is also very difficult to build up a playing history or "dynamic" with any of your opponents, because they might only be at your table once every 10 or 20 hands.

Now that we have position on such an opponent, what do we do?

Well, players like this tend to limp into the pot a lot. They like to play as much as 50% or more of the hands that are dealt to them and see a "cheap flop" whenever they can.

The easiest way to start building up a desired dynamic with a player like this is to start raising them widely. They will get frustrated quickly when you consistently prevent them from seeing their cheap flops.

One consideration here is that it is important to have docile regs behind you. If you have aggressive regs to your left, then there is no way that they are going to let you keep getting away with isolating the weaker players with a range this wide. Luckily though, most regs at the lower stakes are fairly passive.

Continuation Bet the Flop... a Lot

Your approach on the flop should be fairly similar. That is to say, take the aggressive approach more often than not.

When my opponent checks to me, I will be making a continuation bet most of the time. This is especially the case early on in our playing history because I expect the player to give me more respect.

It is important to note that if I get called on the flop, I will often shut down on the later streets, especially if I have nothing at all. If there is one thing these players love to do, it is call a lot. Don't try to bluff them off their middle pair. It won't work.

The real key here, though, is that they will miss the flop most of the time, which means you will often take it down with a simple flop c-bet. Also, even if they hit the flop, we could still get lucky and hit a draw or spike an overcard later on in the hand. Since we have position, we will get to control the entire pace of the hand.

Essentially, the deck is stacked in our favor, and that is why we will win in the long run with this approach.

When Lesser-Skilled Players Go on Tilt

If you follow this approach of raising widely before the flop versus this category of players then betting the flop a lot, you should be able to take down the majority of the pots. This is because, once again, they will miss the flop most of the time.

This will lead them to get frustrated. Which, of course, is the whole point of this little game.

As we build up a history with these players and take down several pots, they will start to get more aggressive in some spots because they want to get back at us. A lot of the time these attempts at aggression will come in the form of silly bluffs, but it is important to refrain from getting involved in a big pot with them unless you have a good hand.

By "good hand" I don't mean having the nuts at all. I mean having as little as top pair, no kicker. As our opponent's bluffing range opens up, our bluff catching and value betting range needs to open up as well. We don't need the mortal nuts in order to play a big pot against them.

Should you be lucky enough to find a big hand during this stage (e.g., aces or kings preflop, a set postflop, etc.), the chances of you getting paid off in full go way up.

Many people forget these days that the money in poker comes from the bad players. It should therefore be your goal to focus on those players and stack them as quickly as possible.

You do this by getting actively involved in lots of pots against them and hopefully even tilting them. It is important to remember, though, that while these players often lack a solid understanding of the game, they are not stupid. If you sit there waiting for your aces all day before ever getting involved in a pot with them, they are not going to give you the big action that you want when you finally make your hand.

As the old saying goes, "you have to give action to get action." The best way to do this is by getting position on the weaker players and raising and betting a lot, especially in the early stages of the hand. Eventually you will make a big hand (or even just top pair) and you won't have to worry much about getting paid off.

How Your Own Poker Style Can Skew Your Reads of Others