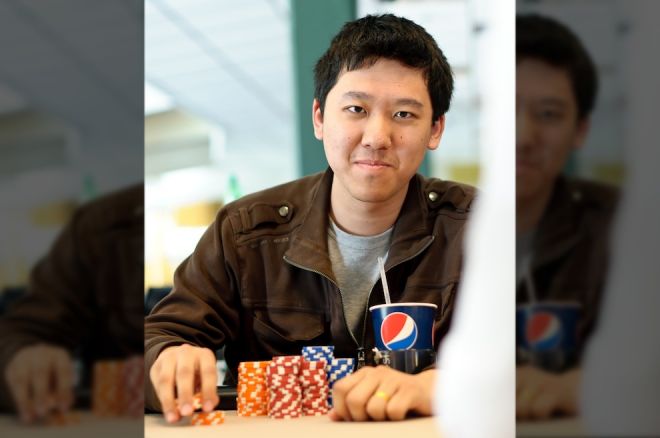 Size your bets wisely. This emphasis, along with aggression and excellent hand-reading, has allowed Sangni Zhao to dominate live cash games in Las Vegas, where he plays $2/$5 and $5/$10 no-limit hold’em. Rather than blindly betting a “standard” amount on the flop, the 28-old poker pro often bets smaller so that his opponents’ range stays wide. Then he applies considerable pressure on the turn and river.

This was one of a few cash game strategy tips Zhao shared during a recent visit. When we met at Musashi, a sushi spot near the Strip, it was obvious that Sangni had a gifted poker mind and — there’s no other way to put it — a Phil Hellmuth-ian confidence in his abilities.

Topics covered in our conversation included bet-sizing, turn and river aggression, and the importance of playing against ranges.

PokerNews: You prefer playing in deep cash games. Where do you play most often?

Where would you rate yourself within that player pool?

The best. In all of Las Vegas. I haven’t met a $2/$5 player better than me, because everyone with my skill set or better is playing higher.

What do you think separates you from the pack?

I used to play ABC. I’d bet flop, bet turn, and shut down on the river. Which is completely different from my game now: I size small on the flop so that my opponent’s range is wide on the turn. And then I pot turns and overbet rivers.

Explain why small flop bet-sizing is so important.

When I bet small on the flop — especially on wet flops — I’ll often get raised by better-than-one-pair holdings. As a result, I have a lot of immediate fold equity on the turn. If I am raised on the turn, my opponent will often have two pair or better, and I can easily fold.

So bet-folding would also be integral to your approach.

On the turn, yes — I’m often bet-folding the turn. When we get to the river, my opponent is left with a range that never includes better than one pair. So I take it down every time.

Can you think of a hand where you use this kind of bet-sizing?

Sure. This hand happened in a $2/$5 game at the Venetian.

, two people call me, the blinds fold, and the flop is

. [The pot is $67.] I only have a backdoor flush draw and straight draw, but I can still continuation bet because I’m the preflop raiser.

Most players will c-bet $40; I choose to c-bet $20. Why? Because this sizing folds out all king-highs and queen-highs. Second, aces are never folding for $40, so I save money. Third, flush draws don’t feel compelled to raise me — they just call. And last, fives and sevens don’t fold.

So you’re manipulating their range. You’re keeping in hands that would fold if you bet bigger on the flop.

Do you find that such a small flop bet induces a raise? Or do people play passively against you?

People play terribly against me. They play exactly how I want them to play. When the turn comes I’m going to barrel every diamond, king, queen, eight, or nine — for a large sizing, like $110. If a ten or a jack comes I’m going to barrel very small, like $30, because I’m no longer concerned with folding out an ace since I have a pair. I want to get value from flush draws and pairs smaller than my ten.

And there are many of these weaker hands because I chose to size smaller on the flop, which is the beauty of my game. Had I sized bigger on the flop, they wouldn’t have many sevens or fives in their continuing range.

Let’s talk about the mental side of this. How did you overcome the fear to run big bluffs?

I slowly started bluffing more rivers. If you bluff 1.2 times the pot, you only need to be successful 60% of the time. As long as you set up a small sizing on the flop and turn — which allows your opponents to raise their nutted hands — they’ll be left with one-pair holdings, and your river overbets will be profitable.

It sounds like you aren’t practicing mindless aggression, but that math and hand reading are essential to your strategy.

What would you tell players looking to improve these areas of their games?

Focus on playing against ranges and realizing range advantages. For example, if you’re the preflop raiser, a flop of

is more advantageous for you than for your opponent. You will have more kings and queens because your opponent, as the preflop caller, won’t have pocket kings, queens, or ace-king in his range. He’d usually three-bet those hands, so you have a considerable range advantage.

Can you recommend any specific resources?

I watch training videos on Run It Once. There are some members I respect who give me a better grasp of ranges.

Which members do you respect the most?

One named teunuss. He does $5/$10 videos. I also respect Daniel Dvoress.

Do you have friends with whom you talk strategy?

I’ve stopped talking strategy with them because they all suck. Sometimes when I tell them a bluff that goes awry, they’re quick to harp on how poorly I played the hand — which pisses me off because, in fact, I’m more aware of opponents’ ranges and tendencies than they are. They want to seem like they’re contributing to poker conversation with me because I’m a poker god. And they’re just poker minions.

With that we parted, Zhao’s last statement feeling a little like he was leaving us with a big river bet to contemplate. Much thanks to him for discussing bet-sizing in cash games with us.