What Not to Do Online: Relative vs. Absolute Hand Strength at 100NL 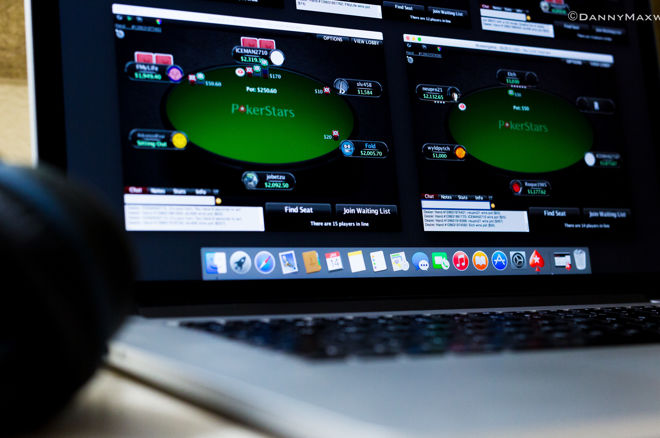 The following hand really happened, in the ether of the internet, where the egos of the sedentary clash to no end.

The cutoff opened the pot to $3, then the button three-bet to $9. The blinds folded and the cutoff called, and the flop came

One would think the cutoff could have many of the strongest hands here, including

Meanwhile, the button can do a bit better, with a range including

Both players would seem to be able to hold a variety of flush draws in this situation as well.

That's a bit of the beauty of both six-max cash and cutoff-versus-button confrontations — wide ranges are involved and they stay wide. Until they don't... like in this hand.

READ ALSO: The Importance of Position in Poker

Surely, the player should have a flop-betting range, based on the comparative strength of the button's range as it relates to this board.

The button can three-bet

-offsuit occasionally, while the cutoff rarely, if ever, calls a three-bet out of position with

-offsuit (though the cutoff probably has more

-suited combinations than the button).

Hands that need to control the size of the pot — like

— make sense as checks on the flop.

Of course, it is also hard for the button to have made flushes on that turn, since the button would continuation bet most if not all flush draws, particularly in position, and particularly with a pot to build.

This fact may have emboldened the cutoff, who after that

The river was an offsuit

, making the complete board

First and foremost, when the button controls the size of the pot in this situation by checking the flop, the player will hold many hands with a queen in them — hands like

All of these can call the turn if the button wants, but without the

(without a club) — the button would be hard-pressed to call because of the big turn bet size the cutoff has chosen.

Now, it is very hard for the cutoff to have air.

That seems the most salient fact. In order for that to be the case, the player needs to have

or worse. Hands like sets are pretty unlikely to overbet this river, having been called on their turn overbet.

Thus we should understand the cutoff's value range as comprised of flushes and straights, usually with the benefit of a

Test Your Knowledge: What is a Broadway in Poker?

Understanding the Meaning of Overbets

Our player on the button should understand these dynamics.

When someone overbets in three-bet pots into a range that was, at least at one point, stronger than his or her own, that player is not representing some wide, expansive, varied value range. Such players are representing nutted hands.

Thus to call in this spot, the button needs to have cards that block those nutted hands.

The most obvious ones include

that checked the flop and called the turn,

that can find itself in a likewise position on the river, as well as

This short-seeming list of hands racks up a sufficiently high number of combinations, actually, since there are three such combinations of pocket queens, three of ace-queen, and three of king-queen.

The larger a river shove in relation to the size of the pot (such as happened here), the less often the button has to defend a turn-calling range by calling the river.

If the button is already calling with these nine combinations, (plus some odd flush draws with which the button did not continuation bet the flop), that should prevent the cutoff from overbluffing them. And how and why would the cutoff overbluff this river situation, anyway?

Once one overbet is called, quite often, another will be.

As it happens the button made an error, calling the river with

for a flush and scooped a very healthy pot.

Our button's main mistake here is taking all straights to be the same. They very much are not.

Of course, the button would have lost the pot with

as well. It looks a bit like automatically continuation betting every flush draw can lead to some river paranoia.

5+ EASY Ways to Play Real Money Poker Without a Deposit