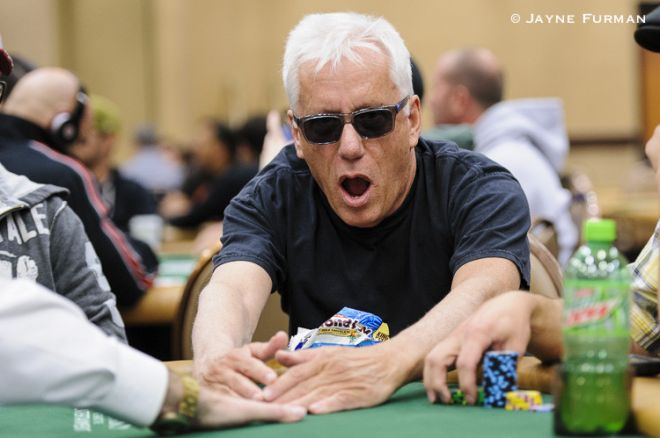 Set for Sunday, July 5, at 7 p.m. local time, the event will feature a $330 buy-in tournament with $100 rebuys and add-ons and a 50/50 rake-free charity cash game and it is open to the public. A number of top poker pros are already committed to play with bounty prize packages that include PokerNews Managing Editor Chad Holloway's World Series of Zombies comic books on all their heads. Plus, Hollywood actor and poker player James Woods will have a special bounty prize package for anyone who knocks him out, including DVDs and autographed photos from his various film and television projects, like Casino and Family Guy.

"We drink, gamble, have a blast, and donate tens of thousands of meals to hungry people in need who live just miles away from where we're taking shots and flipping for all the money, jewelry and glory all summer," said Stout, who grew up in a lower middle-class New Jersey family that always made charity a priority and has been running charity tournaments of one form or another since college.

Last year the event raised $14,605 for Three Square, Las Vegas' only food bank that provides 43,000 meals to people in need annually. In total, the Stout founded Charity Series of Poker has held three events, at the Borgata Hotel Casino & Spa in Atlantic City, the Seminole Hard Rock Hotel & Casino in Hollywood, Florida and here in Las Vegas, raising a total of $38,000 for charities including Habitat for Humanity and Three Square.

"It's just nice to be able to take time off relax and play poker that isn't so serious," Stout said. "We kind of get to flick it in, have a good time and know that the money is going to a great cause."

In the past, World Series of Poker Main Event winners Chris Moneymaker, Carlos Mortensen, Greg Merson and Ryan Riess have all played in Charity Series of Poker events. Stout says even top poker players know the value of a good time and a good cause.

"I feel like I'm pretty fortunate to be where I'm at and through poker, my situation has changed dramatically, so I feel a responsibility to give back," he said. "And I know there's a lot of great people in poker who feel the same way."

More on the event and the organization can be found through the Charity Series of Poker website.