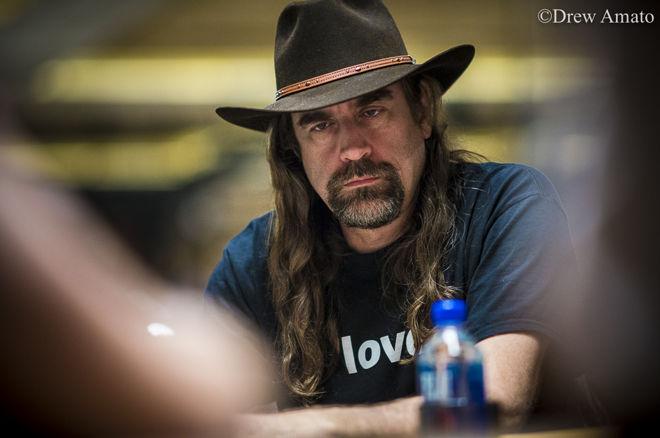 Much of the race was decided in Las Vegas. The player at the top of the leaderboard after the WSOP received a free buy into the €10,000 WSOPE Main Event. The WSOPE kicks off Oct. 19 at King's Casino in Rozvadov, Czech Republic, with 11 bracelet events. This year marks the 10th year in Europe (the WSOPE was moved to alternating years with the WSOP Asia Pacific beginning in 2013).

The summer POY honor went to five-time bracelet winner and 2000 Main Event champion Chris Ferguson. The Full Tilt Poker founder and pariah in the poker world for several years had an impressive run through the series with 17 cashes. That includes a runner-up finish in the $10,000 Seven Card Stud Championship for $151,700 and a fourth-place finish in the $10,000 Pot-Limit Omaha Hi-Lo 8 or Better Championship for $151,929.

Determining the best player in a poker series as large as the WSOP certainly isn't easy. The POY race garnered plenty of attention this summer with players like Daniel Negreanu arguing that the system rewards min-cashes in the smaller buy-in events with larger fields than in the $10,000 buy-in championship events.

"It is much tougher to cash in a 100-player field in a $10,000 event than it is to cash in a large field event that pays hundreds of spots," Negreanu wrote in a blog post at FullContactPoker.com, in which he recommended improvements to the system. "It takes roughly three times more play, the structures are slower on day two, and you are also fighting against top notch competition in the championship events when you near the bubble."

Others have argued that it seems there is no perfect way to measure the best player of the series, and some have even suggested a two-tier POY system for both the upper and lower levels of buy-ins. Whatever the case, this year's WSOPE should have some impact on the finish.

"In the 10 years I've been playing, there has never been a good POY formula," says Ben Yu, who currently sits in sixth. "Some years we lucked into having the winner everyone would regard as the deserving Player of the Year, but it has never been an accurate formula."

To be fair, however, Yu says determining who has the best WSOP is an incredibly difficult criteria to judge given the uniqueness of the 74 events, high variance involved, and differing levels of play and field sizes.

"It's worthwhile to have a discussion and hammer out a good formula," Yu says. "That said, the debate over the summer can be annoying because the conversation tends to be driven by those who feel they have been slighted. It becomes a chorus of complaints from people running incredibly well. For the most part, I preferred not to participate in that discussion and just keep my nose to the grindstone."

Here is a look at all of players in the Top 10 in the Player of the Year Race:

The POY final standings may ultimately come down to who shows up to play. Negreanu told PokerNews that he will not be appearing this year. John Racener was recently married and on a honeymoon in Greece – no word if his European trip includes the WSOPE. Hughes could not be reached for comment about his plans.

Houston native Ray Henson has been helping friends dealing with the aftermath of Hurricane Harvey over the last few weeks. He hasn't played any poker since the WSOP and been spending time with family, he says.

"I will not be traveling to WSOPE this year," Henson said. "As far as Player of the Year is concerned, it would be an honor to win it, but I won't be going to Europe to chase it. I have a lot of friends toward the top of that list that I would love to see beat Ferguson."

"I have a lot of friends toward the top of that list that I would love to see beat Ferguson."

Regarding the debate over the Player of the Year scoring, Foxen says he hasn't looked too closely, but believes the value of min-cashes in smaller buy-in tournaments seems too high. He believes a better system can be constructed for future years.

"I wouldn't imagine it to be so difficult to create a scoring system that makes it possible for non-high rollers to compete for Player of the Year, and gives proper value to runs made in the higher buy-ins that are inarguably much more difficult," he says. "In the past it has been nearly impossible to win for a lower stakes player, and this year it seems to be on the other side of the spectrum with high rollers struggling to accumulate points. Hopefully next year there will be a more refined system."

Attaining the title will not be easy for Foxen, but he's glad to still be in the running.

"It would definitely mean a lot to win Player of the Year," he says. "I've been putting in a lot of work off the table since the end of the summer and am looking forward to have a few more shots at a bracelet before the year is over, as I'll likely need one to overtake for the POY."

While players from around the world will converge on Europe, several in the POY hunt like Negreanu, Yu and Henson have decided to skip the series.

"The math isn't on my side," says Yu. "I'm 132 points behind, which is three or four min-cashes or one very good finish with only 11 events to make up the gap. Those long odds alone wouldn't stop me. I wasn't in great position towards the end of the summer, but still multi-tabled for the first time in my career. Even though poker is not as intellectually stimulating as when it was new and I hadn't played millions of hands, it would still mean quite a deal to me. I was exhausted the second half of the summer, but battled every day, often when I wasn't feeling the best."

"The POY is usually a well-rounded player that can play every game, but the WSOPE is almost all hold'em."

While he may sit in third place, John Monnette will not be making the trip to the Czech Republic either. He wishes that the WSOP made more of an incentive for those in the POY race. The lack of diversity in games and the small number of events compared to the events in Las Vegas is also disappointing for Monnette.

"I want to go, but I feel like they are making it difficult," he says. "The casino is in the middle of nowhere and there is absolutely nothing to do after you bust. The POY is usually a well-rounded player that can play every game, but the WSOPE is almost all hold'em."

While some may not opt for the European leg of the WSOP this year, no doubt many will be out title hunting. WSOP officials are encouraged by the event's popularity throughout its history in the U.K., France, and Germany. The Czech Republic becomes the latest country to play host.

"We are really set up to have the biggest WSOP Europe ever," WSOP director Gregory Chochon says. "With €18 million in guarantees, we expect to see the largest fields and prize pools for our European offshoot."

The series has been a nice bracelet stop for some of the biggest names in the game from Negreanu and Phil Hellmuth to Phil Laak and Antonio Esfandiari. Who will be this fall's big winner? Will Ferguson finish as the series Player of the Year? The action gets started on Thursday and PokerNews will follow every bet, bluff, and fold.