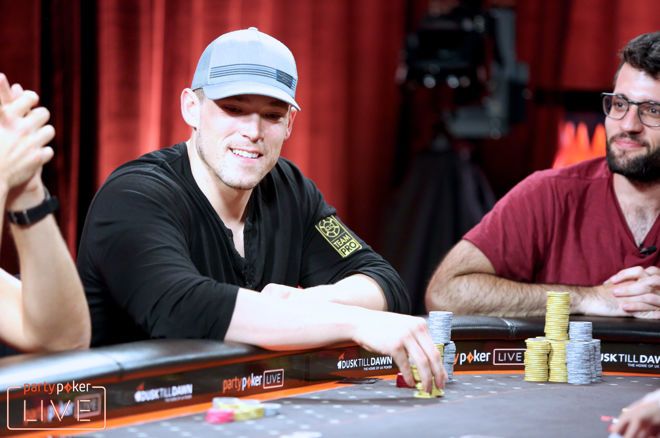 Each week, the Global Poker Index releases a list of the top tournament poker players in the world using a formula that takes into account a player's results over six half-year periods. For a look at the entire list, visit the official GPI website.

Below we share the overall GPI rankings as of January 2, but first let's take a look at the final results of the 2018 Global Poker Index Player of the Year. We noted at the start of November how Alex Foxen had grabbed the lead away from Stephen Chidwick, and when the year-end results were tallied Foxen was still on top to claim this year's GPI POY title.

Foxen earned more than $6.6 million in tournaments during his stellar 2018, bringing his career earnings total up over $8.8 million. His 24 recorded Hendon Mob cashes for the year included an incredible 18 final tables and five titles, with Foxen's largest first prize earned for his victory back in March in the Asia Pacific Poker Tour Super High Roller in Macau for which he won HK$7,560,000 or about $963K USD.

That wasn't Foxen's largest cash of the year, however, as just a couple of weeks ago he won $2.16 million for finishing runner-up in the $300,000 buy-in Super High Roller Bowl V won by Isaac Haxton.

Foxen breaks through to earn the POY title this year after having finished 12th in the POY race a year ago. Looking back at the rest of those 2017 GPI POY results, no less than nine players finishing in this year's Top 20 were in the Top 20 a year ago as well, including last year's POY winner Adrian Mateos and Chidwick who came close in 2017 as well when he finished third.

Yesterday the GPI also announced several other player-of-the-year honors based on performances during the calendar year:

That makes two years in a row Kristen Bicknell has ended the year as the top-ranking female player. Her 28 recorded cashes in 2018 added up to nearly $1.1 million in tournament earnings.

Meanwhile 2018 GPI European Player of the Year Chidwick earned almost $10.2 million during the calendar year, good enough for fourth on the 2018 Money List behind Justin Bonomo ($25.43M), Mikita Badziakouski ($14.56M), and Jason Koon ($12.48M). Chidwick's biggest cash of the year came near the end as well when he took third in the Super High Roller Bowl, good for a little over $1.5 million.

Now, a quick look at the current overall GPI rankings:

Foxen remains atop the overall rankings, having occupied the No. 1 spot now for the last 12 weeks.

In fact, the top five positions on this list remain the same as a month ago, while there was only a small amount of shuffling among the bottom five. Pavel Plesuv is the only new name here, coming in at No. 10 after Bonomo dropped from the list in early December.

Four cashes during the European Poker Tour Prague series enabled Plesuv's climb, among them a fourth-place finish in the €50,000 Super High Roller won by Matthias Eibinger.