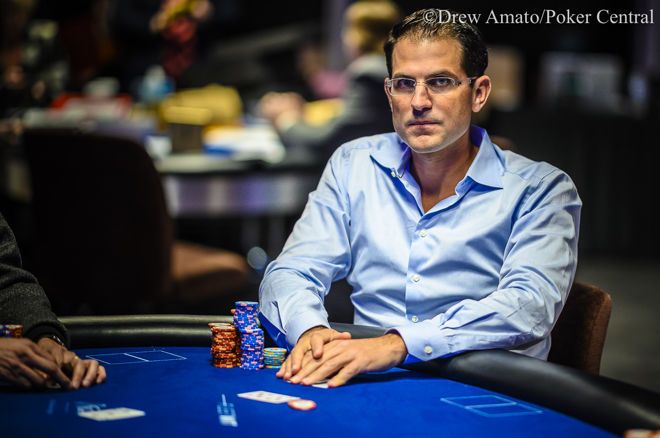 In the end, mix game regulars dominated the field, with Chris Vitch, Randy Ohel, and Nick Schulman all making it to the final table. However, it was Brandon Adams who bagged the chip lead at the end of the day. Adams is not known specifically as a mixed-games specialist, but he's definitely a well-rounded player who can play all of the games with some degree of proficiency. Adams has multiple six-figure scores both in no-limit hold'em and mixed games.

Here's a look at how the final four stack up:

Among those who showed up but failed to make it through the day were some of the mixed game elites such as Erik Sagstrom, Eric Rodawig, Nicholas Seiken, John Monnette, and Minh Ly. Ly ran the deepest of the bunch but in the end, he wasn't able to make it into the second day. Ly busted in fifth place when he got it in with a pair and Ohel went running straight to send Ly to the rail.

Another who failed to make it through the day was last year's champion, Stephen Chidwick. Chidwick's been running hot as of late and he even made it through to the final table, but he fell just short of making them money. He would fall after getting it in with a pair of jacks against Ly, who ended up making aces up to send Chidwick to the rail. With that, he won't be able to rack up any more points for the USPO leaderboard.

Action will kick back off tomorrow for these players at 1 p.m. local time where they sit on a large money bubble. The next player to go out will miss out on $80,000. Of course, the eventual winner of the event will walk away with $270,000 and all the players will be eyeing that.

The live stream of the event will be available on PokerGo starting at 2 p.m. and of course the PokerNews Live Reporting Team will be on hand to bring you live updates in the live blog.