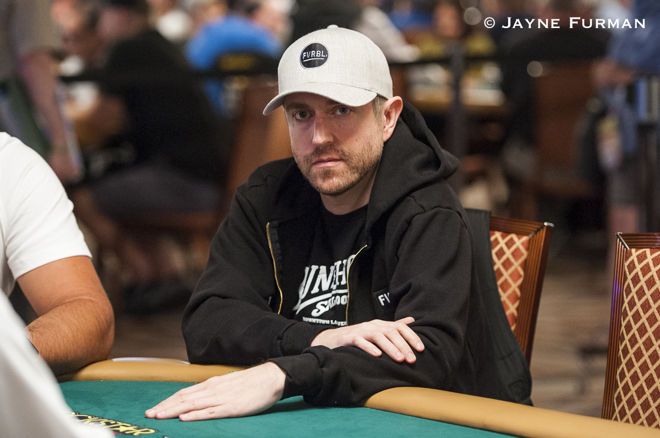 Andrew Neeme's popular meet-up games are about to go worldwide.

This coming weekend, Neeme will team with the folks at 888poker for a special collaboration.

Starting March 28 and ending March 31, Neeme will break out of his live poker routine and host streaming sessions on 888poker. There, Neeme will play a variety of stakes and game types, highlighted by a "home game" on March 30 that will give players all of the world a chance to get a little taste of the social poker atmosphere Neeme and his brethren have become an expert at fostering in venues around the United States.

Neeme, while boasting over 100,000 subscribers on a large digital following, is known essentially as a live cash game grinder. That's how he's made his name, and that's the majority of what he discusses in his content creation efforts.

However, playing online isn't exactly foreign to him, as he said that was his primary outlet for the game in the early days of his career. Neeme does have a little bit of streaming experience on the virtual felt as well, having hosted by his estimated 10 to 15 online poker livestreams as well.

"Being able to interact with the audience on the go, rather than responding to comments after the fact, is really cool," he said. "And actually playing poker with some of them I think is fun for all of us."

Given that he's dabbled in the past, when 888poker offered to give him a bigger platform for a worldwide audience, accepting was an easy decision for Neeme.

However, while 888poker has some online partnerships in the fenced-in U.S. market, the majority of its player pool is playing outside that segregated market. Thus, if Neeme was really to extend his reach and make a partnership with 888poker worthwhile, it was obvious he had to spread his wings and fly...to Canada on an airplane, anyway.

So, Neeme will head to Calgary, where he hopes to meet up with friend and fellow streamer Kevin Martin.

There, he'll stream online poker starting Thursday and carry on daily sessions through Sunday. He expects a "mixture of low- and micro-stakes tournaments and cash games on 888poker, which boasts a new client as of last week.

"I’ll answer questions about poker and vlogging and YouTube and whatever else people want to chat about," he said.

Neeme is expected to play some of the flagship tournaments on Sunday, including the newly released Rake or Break tournaments.

However, perhaps most interesting, there will be a "home game" hosted on the platform on Saturday. It will be a micro-stakes tournament featuring a bounty on Neeme.

Those looking to participate can follow the stream over the weekend on both Neeme's YouTube page and his Twitch channel. For the home game, they'll need a password: FVRBL.

Making the Most of a Lamentable Situation

Of course, the whole reason Neeme has to stream from Canada is that online poker remains illegal in most U.S. jurisdictions, with regulated worldwide operators steering clear and playing a wait-and-see game with legislation.

The absurdity of flying to Canada to connect with a large group of his fans isn't lost on Neeme.

"The fact that we can’t utilize the worldwide connection that is the internet and hop into a game together is quite bizarre, to say the least," he said. "It would be nice if my government could get it together and make this industry more cohesive so I could sleep in my own bed. But hey, I like Canada."

Neeme's going to get a first-hand look at how much the game has changed online since his heyday years ago, and he knows it's not going to be a walk in the park to simply print stacks like back in the glory days.

Still, he's hopeful for success on the felt, but even more so on the content creation side of things. He wouldn't compare himself to the titans of the online game who stream — Lex Velduis and Steffen Sontheimer make that a high bar to clear, he pointed out — but Neeme remains confident he does have something to offer, something he's taken to heart from his meet-up games.

"It’s a great balance to the edited vlogs that I’m more known for," he said. "I don’t expect to be able to provide the same knowledge set that some other seasoned online players can. But maybe we can have a fun weekend playing some cards and interacting anyway."

If things go well, Neeme said to expect repeats streaming sessions in the future. And beyond that, there could be even more in the works.

"There’s going to be a couple of other really fun projects that involve livestreaming on my channel in the very near future that I’m looking forward to trying out and experimenting with," he said.