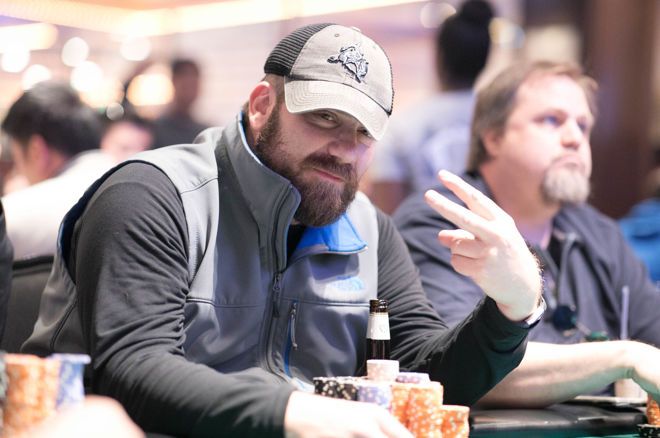 On Saturday, two more flights played out in the RunGood Poker Series (RGPS) Bossier City Main Event played out. Flight 1b attracted 188 runners, while 1c saw 143 take to the felt. Along with the 1a players it brought the total field up to 464 entries, which means the eventual winner will take home $53,360 and a Showbound trophy.

On 1b, recent World Series of Poker Circuit gold ring winner Josh Wilder (pictured) bagged the big stack among the surviving 38 players. Meanwhile, Demond Williams led the 30 survivors in the final flight with 225,000. Williams managed to bag the chip lead after a huge pot where he turned two pair and got all in to double up huge shortly before bagging.

Kris Burchfield, Chris Conrad, and Chris Horter all fired multiple bullets but failed to qualify. Horter was the one who made it the furthest. Shortly after the clock ticked over to the final level of the day, Horter got all in against Vance Wyly with two pair on the turn. Wyly made a better two pair on the river and sent Horter to the rail.

Ray Henson fired a few bullets and managed to find a bag in Day 1b and is through with 107,000. Fellow Run Good Ambassador Mina Greco got a handmade card protector from one of the players and said she plans on using it Sunday with her six big blinds – she will start the day with just 24,000.

Late on Day 1c, Williams raised a middle-position limp to 8,000 and got called. The flop came down

and the action checked to Williams, who bet 45,000. His opponent went all in and Williams called. Williams had two pair with the

of his opponent. With that, Williams pulled in a big pot and bagged the sixth biggest stack headed into Day 2.

Todd Smith is going to be the overall chip leader among the 94 returning players heading into Day 2. He bagged a whopping 343,000 on Day 1a.

The final ten players in the Main Event will all earn a spot in the Showbound satellite where they will play for a shot at the Poker After Dark $5,000 Sit-n-go.

All the updates will be right here on PokerNews.com all weekend as the RGPS moves one step closer to crowning its next Main Event champion and sending ten more players to the Showbound satellite in Tulsa for a shot at playing on Poker After Dark.