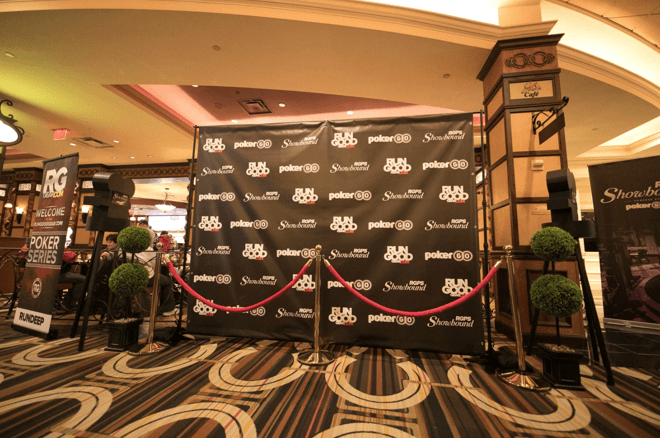 The latest stop of the RunGood Poker Series (RGPS) “Showbound” season kicks off tonight at Horseshoe Tunica in Tunica, Mississippi. It will culminate this weekend with a $575 buy-in, $100K GTD Main Event, a tournament the PokerNews Live Reporting Team will be covering in full.

To receive an invite, all you need to do is win any RGPS Showbound side event or final table any Main Event. “Showbound Powered by PokerGO” will encourage tournament participants at all tour stops to dress to impress and walk the crimson carpet on their way to the poker table.

Several players received invitations at the RGPS Council Bluffs and Downstream stops last month. At the former, Nick Burris topped a 399-entry field to win a $44,767 first-place prize, while at the latter Kyle Kinder navigated a 372-entry field to win the title and $42,781 top prize.

What to Expect from the RGPS Tunica

The stop kicks off at 7 p.m. CT tonight with the $135 RunGood Pro Bounty. Special guests will be holding bounty envelopes that contain prizes varying between $1,000 cash and RunGood apparel store credit. While the event usually offers ten bounties, they’ve decided to double it to 20 in Tunica.

Among the prizes will be cash from $100-$1,000, a PS4 Slim with games, a Nintendo Switch with games, three pairs of Bose Wireless headphones, and two seats into the $575 Main Event.

In last year's RGPS Main Event, 536 entrants created a prize pool of $268,000. Two days of poker later, Dennis Thurman walked away with the first-place prize of $61,640 along with the cowboy boots and custom RGPS belt buckle.