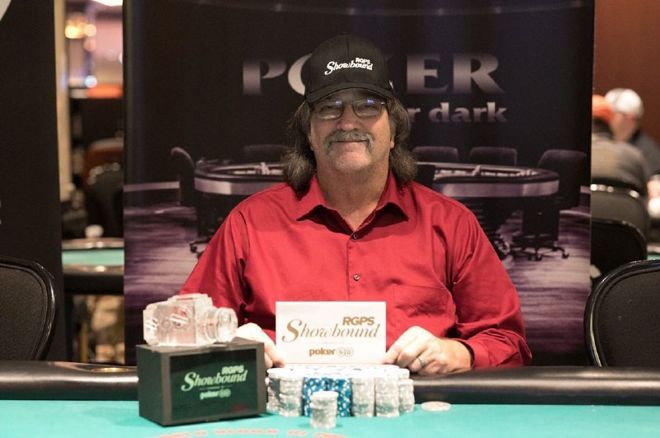 The RunGood Poker Series Bossier City Main Event is over and the remaining four players made a deal that included a four-way ICM chop. The tournament drew 464 total entries and a prize pool of $232,000, which more than doubled the $100,000 guarantee.

Stephen Hart took the biggest chunk of the prize pool with $36,157 after agreeing to pay a little extra to fourth place. RunGood Ambassador Ray Henson took second place with a $32,115. Jared Tensley took $27,224 and Wadih Kaawar finished in fourth place for $27,000.

The final table action kicked off with Catherine Chen hitting the rail in ninth place after three-betting Tinsley with ace-ten. Tinsley had pocket tens and stayed ahead to eliminate Chen.

Rodney Sermons was the next to go. He was left relatively short after doubling up Hart early in final table play. Eventually, Sermons got in ace-king against Henson's pocket kings and couldn't catch an ace.

Then it became the Stephen Hart show when he eliminated Matt Register in seventh place. Register went all in preflop for his last 169,000 and Henson and Hart both called. Hart then shoved the king-high flop with top pair and a flush draw. Henson folded and left Hart to bust Register.

A few hands later, Van Tuan fell to Hart. Hart called a Tuan shove with two jacks and Tuan had ace-high. He was unable to find an ace and busted in sixth place.

Stephen Bailey fell in fifth place when he ran pocket fours into Hart's ace-jack just a few hands after Hart busted Tuan. The remaining players played four-handed for a little while before eventually stopping the clock to discuss a deal.

They worked out the ICM numbers and decided on a deal fairly quickly.

The day started with 94 players and saw the likes of Jamie Kerstetter, Ashley Hine, Eric Rivkin, Schuyler Thornton, and Mason Hinkle fall. The top 54 players made the money and Michael Coolman was eliminated on the bubble by eventual second-place finisher Ray Henson.

The tournament moved along pretty quickly and the final ten players each booked their seat into the Showbound satellite. Their first step toward a shot at playing on Poker After Dark.

That is a wrap for the RGPS Bossier City Horseshoe stop. The next stop is in Kansas City April 23-28 at Harrah's Kansas City, and PokerNews will be right back on the floor to cover the action.