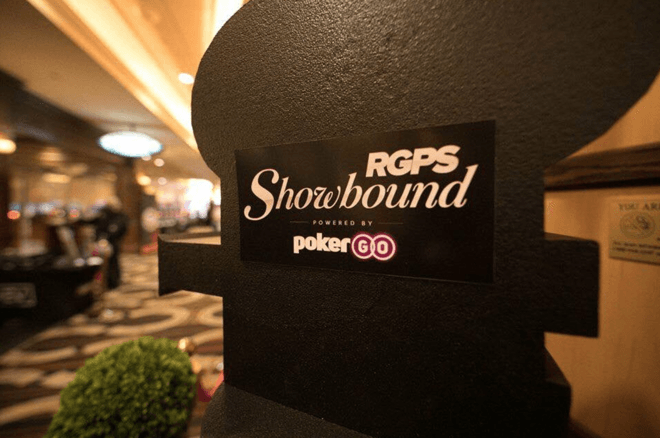 The latest stop of the RunGood Poker Series (RGPS) “Showbound” season kicks off tomorrow at Horseshoe Bossier City in Bossier City, Louisiana. The six-day series will culminate this weekend with a $575 buy-in, $100K GTD Main Event, a tournament the PokerNews Live Reporting Team will be covering in full.

To receive an invite, all you need to do is win any RGPS Showbound side event or final table any Main Event. “Showbound Powered by PokerGO” will encourage tournament participants at all tour stops to dress to impress and walk the crimson carpet on their way to the poker table.

This stop marks the third-to-last chance players have to qualify. The penultimate stop will take place April 23-28 at Harrah’s North Kansas City, while the final stop will be April 30-May 5 at Hard Rock Tulsa in Oklahoma.

What to Expect from the RGPS Bossier City

The stop kicks off Tuesday at 7 p.m. CT with the $135 RunGood Pro Bounty. Special guests will be holding bounty envelopes that contain prizes varying between $1,000 cash and RunGood apparel store credit.

In last year's RGPS Bossier City Main Event, 378 entrants took to the felt and 42-year-old veteran of the oil industry Gary Burks of Gladewater, Texas came out on top to win $41,519, a pair of boots from Boot Factory Outlet, and a custom belt buckle from Montana Silversmiths.

This year’s RGPS Bossier City is expected to be even bigger and better.