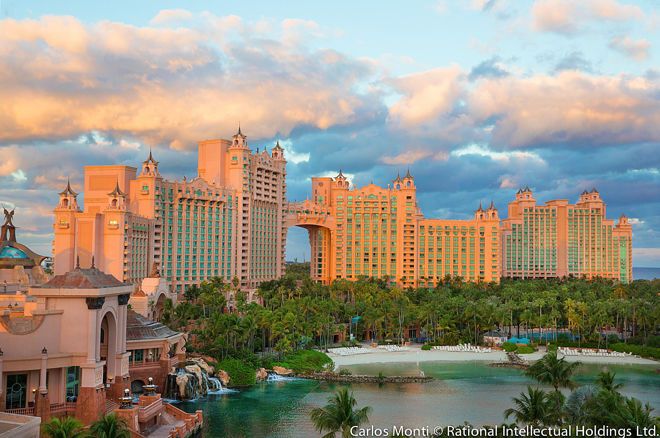 The PokerStars Caribbean Adventure is no more.

After 16 years, most of it spent being one of the premier live stops on the international poker scene, PokerStars has opted to discontinue the event, according to reporting from PocketFives.

The relevant sentence comes at the bottom of the linked piece, in a quote from PokerStars Marketing Director Eric Hollreiser.

"It’s no secret that after 15 successful years, the PCA [prior to last year’s PSPC] has been losing momentum and there’s been increasing player criticism of the location,” Hollreiser said. “As such, we will not be returning to Paradise Island in 2020."

History of the PCA

The next year the PCA moved to its famous home at Atlantis Resort, the sprawling and opulent set-up that occupies almost half of Paradise Island.

Over the years there, the series would eventually evolve into becoming part of PokerStars' European Poker Tour, with the buy-in goosed up to $10,300. It would eventually stand as one of just a few remaining $10K main events on the overall live schedule, although the buy-in was dropped to $5,300 for a couple of years, including the one year the event was rebranded as PokerStars Championship Bahamas in 2017.

The PCA peaked in terms of prizes awarded in 2009, when little-known Canadian Poorya Nazari won a monstrous official first-place of $3 million, although it was widely reported thata deal had been struck at some point before the finish. In terms of entries, the PCA Main Event peaked during the two following years when 1,529 and 1,560 turned up, respectively.

The Main Event was far from the only big draw at PCA. It also hosted some of the first and biggest $100K events in poker before that was just another tournament in the procession of high rollers. The $25K High Roller was also usually one of the most well-attended on the calendar.

While the PCA for years could count itself a premier live poker stop, it had fallen on somewhat hard times in recent years.

After attendance peaked in 2011, the lack of online satellites available to North American players contributed to a large attendance drop back to 1,072 in 2012 — about two-thirds of the previous year's total. As the poker environment became tougher and edges shrank, the attractiveness of an expensive stay on an island resort went down as well.

A further drop of about 20 percent — from 1,031 to 816 — in 2015 convinced PokerStars brass to try lowering the buy-in to the aforementioned $5,300. The move did little, as a bump of about 100 entries just meant the prize pool dropped massively, awarding its first winner's prize below seven figures since 2005.

The PCA received a major shot in the arm in 2019 when the PokerStars Players No-Limit Hold'em Championship was announced. While the landmark event would run alongside the PCA Main Event, the lure of the most lucrative $25K in history was enough to bring out plenty of grinders and push Main Event attendance back up to 865 for Chino Rheem's victory.

However, that always looked to be temporary fix given that the PSPC was thought to be a one-off and certainly looked unlikely to be repeated every year. With the news that the event will move to Barcelona for 2020, it was confirmed that there would be no similar life raft to keep the 2020 PCA afloat, and PokerStars opted to end the long-running event rather than risk continued decline.

Barring a reboot some time down the road, that means Rheem will go down as the final PCA Main Event champion, closing the books on one of poker's longest-running and most lucrative tournament series.

Discover the Age of the Gods Saga with 20 Free Spins