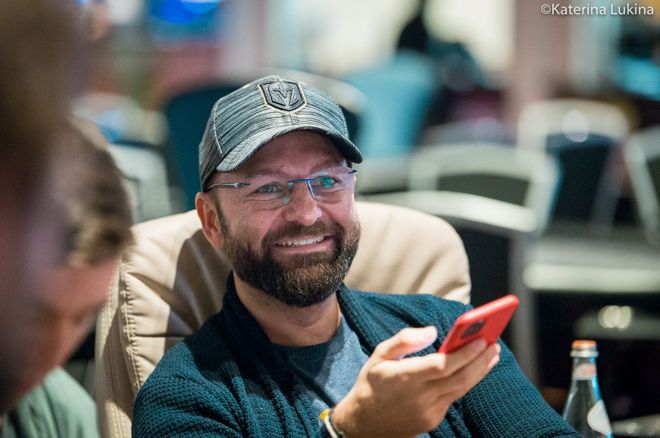 In late October, presidential candidate Andrew Yang energized the poker world when he tweeted his support for online poker.

“Poker players who want the freedom to play poker from home, this just might be your guy.”

Perhaps most notably was Daniel Negreanu, a long-time member of the “Yang Gang.”

“Ummm YES!!!!,” Negreanu tweeted. “Poker players who want the freedom to play poker from home, this just might be your guy.”

Since then, Negreanu has developed a relationship of sorts with Yang, which included a phone call between the two.

Online poker is legal in 4 states. The state-by-state rules are variable and push many players to offshore sites. W… https://t.co/pydDRj3Sj5

PokerNews managed to speak to Negreanu about Yang’s tweet while he was at King’s Casino in Rozvadov for the World Series of Poker Europe.

“Yeah, of course, I did see Andrew Yang’s tweet,” Negreanu said. “His campaign manager reached out to me about a week ago. So, I kinda had an inkling that something like this was coming. So yeah, I was excited about it. It doesn’t surprise me; he seems logical and practical.”

"I was excited about it. It doesn’t surprise me; he seems logical and practical.”

One of Yang’s biggest platforms is Universal Basic Income (UBI), which would give every American $1,000 a month. It’s an idea Negreanu can get behind.

“It is actually inevitable that something like this will actually happen,” Negreanu explains. “Because what we’re seeing with automation and artificial intelligence is that a lot of labor jobs are going to disappear. We’re already seeing it, retail is going to be next, there are 29 million truck drivers in the United States. When self-driving cars become a thing, they’re going to start losing jobs. So, the question is: how do we survive as a society?”

He also addressed the naysayers who say UBI is just paying people to do nothing.

“That’s not how it works. When people are relieved of the burden of worrying about paying their rent every month, they’re more likely to try and improve on their social situation and do more good. And there have been studies that show that and prove that. Basically, the theory behind it is: it’s easily paid for by VAT tax, those that buy things will help provide for that and it will also eliminate programs. Like you won’t need food stamps anymore, you’re giving everyone a thousand bucks. Use the money in a way that you think is best for you.”

As for poker players invested in the future of online poker, Negreanu believes Yang is the candidate to vote for.

"I think Yang is someone who is an upcoming rock star who is looking at the future and living in the future."

“Here’s the thing. A lot of poker players are coming out saying now that they support him. I supported him well before this,” said Negreanu. “This is just one small part of the equation for me, but if you are someone who wants online poker, he’s the most logical and practical person who is also centrist, he’s not a lefty or righty. He’s more in the middle and he’s just practical. So, if anyone in office is ever going to get anything done, I think he’s liked by both sides. Not many people say: ‘Oh I hate that guy!’ People might not agree with him, think he’s lives in a fantasyland, but nobody really hates him. There’s no reason to.”

Given his panache for odds, what chances does Negreanu give Yang of becoming our next president?

“If he did get the nomination, he’d be the biggest favorite to win,” he claimed. “I think everyone will lose to Trump except for him. I really do. If we look at the last two elections, we first had the rock star in Obama and then we had a reality star in Trump. So, somebody unique, the front runners of the Democratic side are all 70+, they’re all living in the past. I think Yang is someone who is an upcoming rock star who is looking at the future and living in the future, and understands the future.”

Yang will be in Las Vegas on Sunday, November 17 for the “Bet on Yang” rally. Negreanu has already confirmed his attendance.

Just had a great call with @AndrewYang about online poker and more. He gets it.

Double Your Bonus at Betway and Play with up to £250