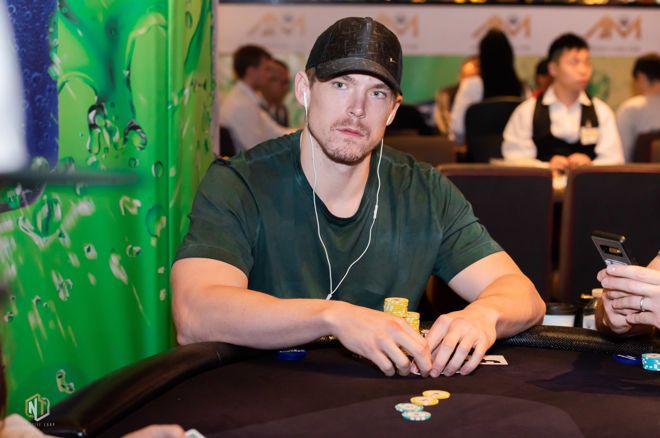 At the beginning of the year, a lawsuit was filed in the US District of Nevada by South African poker pro Ronit Chamani against the Quasar Mining Group, Inc – which dissolved its cryptocurrency mining quest last year – and directors Paul Tyree and Nicholas Gubitosi. Also involved in the mix is two-time GPI Player of the Year Alex Foxen.

Chamani, an investor in the company, is seeking $500,000 in the lawsuit. While not named as a defendant, Foxen is labeled in court documents as “a director of the Defendant” and a “founding partner.”

“Ms. Chamani was snookered – period,” Chamani’s lawyer, noted poker attorney Maurice “Mac” VerStandig, said in a court filing obtained by PokerNews. “She thought she was investing in a legitimate business; instead, she was bankrolling the portly salaries of two of Quasar’s directors, while one of those same directors repeatedly lied to the SEC about taking such salaries. When the money started to run low, Quasar elected to liquidate.”

Using Her Own Money Against Her?

Chamani filed a motion on February 24 for a preliminary injunction against the Quasar Mining Group, in which she invested $200,000, to freeze their funds until the lawsuit is resolved.

The motion suggested that Chamani was promised monies if Quasar Mining Group ceased operations, which it did. However, Chamani alleges she has not been paid citing a waiver ultimatum.

“[Quasar Mining Group is] winding down its affairs but is refusing to pay Ms. Chamani the pro-rata monies she is legally due unless she signs a sweepingly broad release forgiving the Defendant and all of its officers and agents for the myriad fraudulent acts that have invited its untimely demise and prompted this litigation.”

“The Defendant’s efforts to compel execution of the Release amount to little more than a legally unsupportable game of high stakes keep away."

Among the fraudulent acts alleged are the defendants taking nearly $275,000 of investor money, which totaled more than $678K, and paying out two directors as well as other payroll-related benefits. Something they agreed not to do in an SEC declaration.

It is Chamani’s belief that other investors were pressured into signing the release. The motion seeks a freeze of any monies currently associated with Quasar Mining Group investment citing appreciable harm.

In essence, the motion claims that the Quasar Mining Group has threatened to use Chamani’s own investment against her. Instead of paying her back, the company has allegedly said they will use the money to fight her in court unless she signs the aforementioned waiver. Hence, Chamani and counsel are seeking a freeze of the company’s funds while they still remain.

“The Defendant’s efforts to compel execution of the Release amount to little more than a legally unsupportable game of high stakes keep away,” the motion states.

Lulled into Pacifism by Foxen?

The motion indicates Chamani invested in the cryptocurrency startup in December 2017, albeit on alleged false promises.

“[They] pacified Ms. Chamani with false assurances, saw its director perjure himself on multiple Securities and Exchange Commission (‘SEC’) filings, and paid over the plurality of its capital to its directors in the form of hefty salaries despite their failure to perform any appreciable quantity of cognizable work.”

Specifically, the motion calls out Foxen, a director of the Quasar Mining Group who approached Chamani, and apparently others in the poker community, about the investment opportunity. According to Chamani, she “was lulled into pacifism by periodic rosy updates” from Foxen prior to the company’s intent to dissolve delivered in February 2019.

"I thus believed William Alex Foxen’s assurance that my investment was secure."

One of those assurances was that the Quasar Mining Group operations would be at a breakeven point as long at Bitcoin remained above $2,000.

“After receiving this assurance from William Alex Foxen, I regularly and habitually monitored the price of Bitcoin; at no point relevant did it come anywhere near $2,000.00 and I thus believed William Alex Foxen’s assurance that my investment was secure,” Chamani stated in her affidavit.

It was because of such assurances that Chamani was taken by surprise upon receiving an email notification that Quasar Mining Group would liquidate. From there, it’s become an issue of recouping monies due to her, which is at the heart of the lawsuit.

No court date is set but a ruling on the preliminary injunction is expected either later this month or in early April. PokerNews will continue to monitor the legal drama as it unfolds.

Casino.com Makes Sure You Feel Welcome