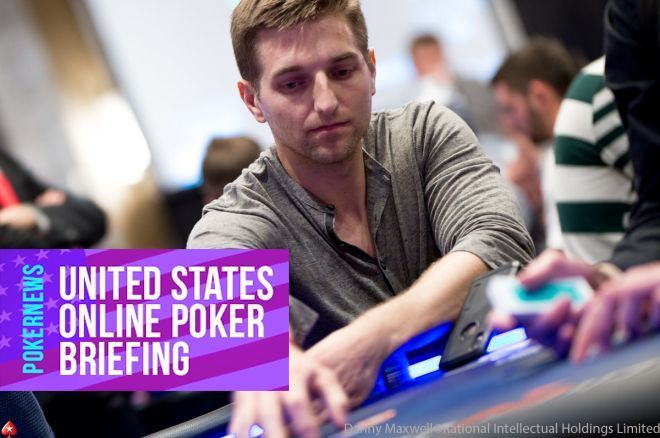 After more than 8 1/2 hours of play, two well-known Garden State grinders agreed to a heads-up deal with Kevin "sofcknsickk" Campbell officially winning the event for $9,534 and Edwin "GiantGenius" Roman settling for $8,312.

Taylor has amassed more than $1.2 million in online tournament results according to PocketFives, almost all of which were on regulated American networks and is likely going to move up in the online rankings where he is ranked in 1,075th place in the world and 46th place in the United States after he recent victory.

The bigger news might be that Brian "pure_reason" Wood (fourth - $4,304) has appeared at the final table three straight times in this event.

Also at the final table was Ryan "simISgg" Hagerty finishing in seventh place for $2,529.

Next week will be another big one at the partypoker US Network with the conclusion of the 17-event 2020 Borgata Spring Poker Open Online Series.

The PokerStars NJ Sunday Special kept its guarantee at $40,000 for three straight weeks.

This all changes next week thanks to the NJSCOOP with $1.2 million in guarantees across 96 events from April 11-27 kicking off next weekend with the Sunday Special almost doubling its guarantee to $70,000.

Brian "s3lfreliance" Wood is a man of streaks. Not only did he appear at the final table the partypoker NJ major three straight times but has also final tabled the Sunday Special in back to back weeks.

Wood took fourth place in this event two weeks ago for $4,511. He improved on that performance last week by shipping the event for $10,194 after more than 7 1/2 hours of total play.

PokerStars NJ will be hosting the NJSCOOP, featuring more than $1.2 million in guarantees across 96 events on April 11-27.

The PASCOOP 2020 kicked off with a bang at PokerStars Pennsylvania with nine high and nine low events already in the books after the first weekend.

The festival features 50 action-packed tournaments with more than $2 million in guaranteed prizes broken out into low and high tournaments from April 4-20.

"JonnyLeGOAT" proved he was the greatest, at least for one event, after taking it down for $5,315 after nearly 8 1/2 hours of play.

PokerStars PA has been playing around with its guarantee for its biggest event of the week, the Sunday Special. Even though the guarantees have been crushed each week after an increase, the online poker operator reduced the guarantee from $100,000 to $70,000 this week. This is understandable considering the many other big events players have to choose from during the PASCOOP.

It took more than 8 1/2 hours for "Aerarcher9162" to claim the biggest prize in regulated online poker networks in Pennsylvania after they shipped the event for $16,028.

The Spring Online Championships features 100 big events with more than $4 million in guaranteed prizes from April 1 to May 3.

Meanwhile, Michael "HankdaTank" St. John earned his second mention this report with an eighth-place performance worth $4,257.

Jeffrey "J_Tanouye" Tanouye earned his second mention this report with a ninth-place finish worth $1,584. Also at the final table were Yong "LuckySpewy1" Kwon (fourth - $7,015) and Christopher "DontBluffMe1" Ryan (eighth - $2,263).

The final table was full of big names. Old school player Tony "Panoramic" Dunst proved he still has what it takes by shipping this event for $22,229 after besting four-time WSOP Circuit ring winner Matt "RubberFist" Stout (second - $12,681) in heads-up play.