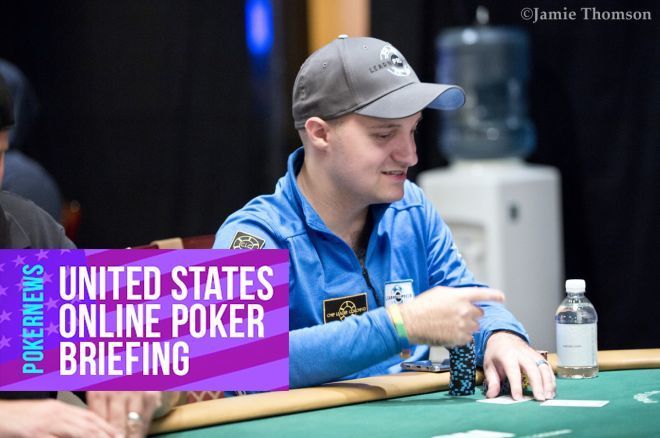 It was another huge week in online poker in the United States headlined by the WSOP.com Online Super Circuit $525 Main Event, which nearly tripled its $200,000 guarantee with a final prize pool of $567,000.

The PartyPoker US Network $250K GTD NLH replaced the usual Sunday $35K GTD as the biggest Sunday tournament at partypoker NJ. The big event didn't disappoint despite a lofty $250,000 for a $320 buy-in.

The tournament attracted 1,007 entrants (779 entries and 228 reentries) to create a $302,100 prize pool to smash one of the biggest guarantees seen at partypoker NJ by 21 percent.

The PokerStars NJ Sunday Special kept its guarantee at $40,000 for two straight weeks and is scheduled to be the same next week as well.

Two well-known grinders in Yong "iFoldN0T" Kwon and Jonathan "toddchipman" Borenstein agreed to a heads-up deal before Kwon pulled off the win to claim $8,678 after 6 1/2 hours of total play.

While Borenstein was unable to come away with the win, he did collect the biggest prize of $9,833 in this event and earned his second mention this report.

The PokerStars PA Sunday Special has witnessed its guarantee increase from $40,000 to $100,000 in just a few weeks.

Next week will be a big one at PokerStars PA with the inaugural PASCOOP just right around the corner with 50 events, each broken out into Low and High tournaments, featuring more than $2 million in combined guarantees from April 4-20.

The inaugural WSOP Online Circuit Series produced another huge Sunday at WSOP.com in New Jersey and Nevada with the Main Event attracting 763 entries and 371 reentries generated a huge $567,000 prize pool for almost triple the $200,000 guarantee.

The WSOP.com $100,000 GTD Sunday almost always produces the largest prize pool of the weekend at American regulated online poker networks. Although this wasn't the case last week with both partypoker NJ and WSOP.com running bigger events, it was still an impressive turnout.

Craig "mrjanovich" Mason was at the final table in this event in back to back weeks. Two Sundays ago he took sixth place for $8,434 and had to settle for ninth place this time around for $3,186.

The WSOP.com $50,000 GTD March Mayhem is a special tournament running every Sunday until April 7 where the winner will go home not only with a huge cash prize but also an added seat to the WSOP Big 50. Every player that participates in at least two of these events will also be entered into a freeroll where five Big 50 seats will be awarded.

John "Beastro" Hinds backed up a fourth-place performance two weeks ago for $6,312 with a fifth-place finish last Sunday for $4,537.

New Jersey's Angel "chromeking" Lopez secured the win and the $20,896 top prize after more than seven hours of play. Joining Lopez on the podium was Brian "Bmack1335" McKinney in third place for $7,332.

Gordon "veilleux" Vayo won the event after slightly more than five hours of play for $14,800. This was Vayo's third mention in this report.

Also with his third mention is Ryan "protential" Laplante, who finished in third place for $5,813. Eliminated in between these two players was WSOP bracelet winner Andy "rkkrb" Bloch (second - $8,370).

Some Extras for Easter: 30 No Deposit Free Spins

BGO Offers the Best Games with your Welcome Bonus