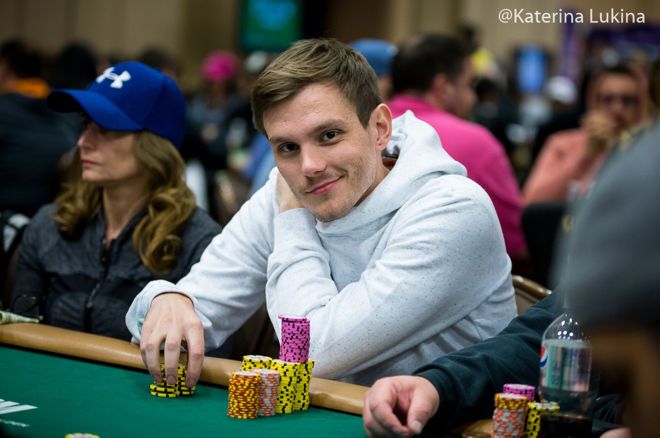 It would take five hours on the final day of the 2020 PokerStars Stadium Series Freezeout Weekly Final - High: $1,050 NLHE before a new champion would be crowned. Alisson "heyalisson" Piekazewicz overcame Brazil's Luan "Pseudo Fruto" Felipe heads-up and defeated the Day 1 and 2 chip leader after agreeing to deal. Piekazewicz won $185,376 and added another title to his resumé.

Piekazewicz already boasts over $3 million in online cashes and added a nice chunk to that. He's won a WCOOP event, a Super Tuesday, and two Sunday Warm-Ups before and gets to add a Stadium Series title to that now. A spot at the final table also earned him a ticket to the Grand Final worth $5,200. Felipe himself has earned over $2.2 million in the online poker streets and adds another six-figure cash to his bankroll.

Relive all the action from the Stadium Series Weekly Final

Read back on blow-by-blow coverage of "heyalisson"'s victory.

Here's all you need to know about the Stadium Series

It would take a mere ten minutes before Rezaei was eliminated by "Zar77262" when he shoved his ace-king into the queens of the latter. Half an hour later, Mulder was thrown out of the tournament when he shoved his eights into the ace-jack of Felipe. Another thirty minutes later, it was the other Dutchman, "K0SICE" who would leave the final table stage when he got his last ten big blinds in with ace-queen and was looked up by "Zar77262" who held pocket jacks.

"_m0ney2_89" busted next to Piekazewicz when he held ace-seven against the sixes of Piekazewicz. After a series of doubles back and forth across the final five, Drumond lost it all when he raised and then called the three-bet of Piekazewicz with queen-deuce. Piekazewicz held king-nine and stayed ahead throughout the board and even rivered a straight to seal the deal.

The chips kept going back and forth before Ladouceur was eliminated by Felipe. Ladouceur lost the blind versus blind battle with ace-deuce while Felipe held queen-four. The four on the turn sent the ex Team Online member out of the tournament in fourth place. Another half-hour later, "Zar77262" shoved with king-ten and was called by Piekazewicz with ace-six. The ace on the flop ensured that there was a Brazilian heads-up to come.

Heads-up play would take almost 100 minutes with the chips and chip lead going back and forth for a while, and the two agreed upon a deal along the way. Once Felipe was short, he called the shove of Piekazewicz with king-six. While he was ahead against the jack-eight of Piekazewiczk, the jack on the river signaled the end of the tournament. Felipe claimed almost $120,000 for his efforts over the past days while Piekazewicz closed this tournament with the win and $185,376.

This concludes live coverage of this tournament but PokerNews will be back on Sunday, July 26 with updates of the Stadium Series Freezeout Weekly Final - High: $2,100 NLHE [8-Max]. See you then!