Previewing the Final Four in the $25K Heads-Up on GGPoker 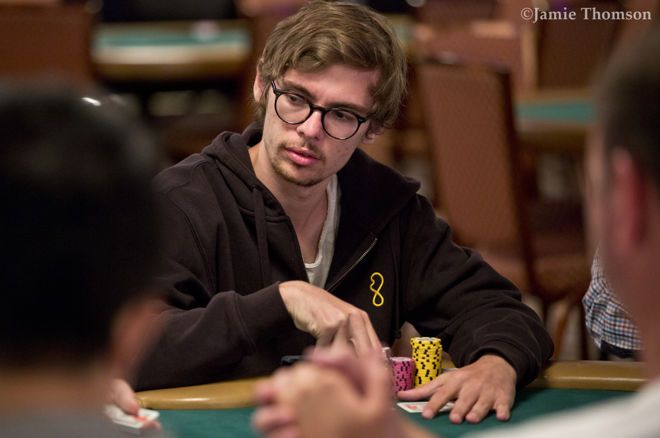 Two of the most-watched events in the GGPoker World Series of Poker bracelet schedule are wrapping up this weekend.

One, of course, is the $5,200 Main Event, which built a record prize pool for an online poker tournament and sees the final 38 players coming back for a shot at WSOP gold.

The other offers considerably greater chance of bracelet glory as only four players remain in the $25,000 Heads-Up No-Limit Hold'em event. Here, PokerNews will preview the final day of play in this prestigious event with a look at the remaining competitors and the current market prices.

Perhaps nobody had it tougher in the first few rounds than Brunno Botteon, who faced high roller veterans Ole Schemion, Daniel Negreanu and Dan Smith. However, the Brazilian managed to dispatch all three, and to those who have followed the online scene in recent years, it may not have been such a shock.

Botteon currently sits No. 5 in the worldwide tournament points rankings on PocketFives and recently peaked as high as No. 4. His $3.7 million in earnings might not sound insanely impressive in an age when some are pushing toward the $20M mark until you consider Botteon just turned 25 and has only been on PocketFives less than two years.

He's fairly inexperienced live with only a couple of five-figure scores, but he'll be in his comfort zone here playing online.

Particularly on GGPoker, Botteon has been on absolute fire as he's amassed an excellent 13 cashes during the bracelet events. The best of those was a sixth-place finish in the $25K Poker Players Championship, worth $388K. He also had a very near miss for a bracelet, finishing second in Event #67: $500 Limit Hold'em.

For the semifinal round, Botteon draws Oktay Kahyaoglu, the least known of the final four.

Kahyaoglu managed to defeat one of the toughest opponents in the game en route to the finals when he bested Michael Addamo in the Round of 32. Few have been crushing the high stakes to the level of Addamo recently, so that result had to put observers and players alike on notice that Kahyaoglu isn't to be taken lightly.

One of the last entries in the event, the Turkish player has only about $15K in live cashes, all coming in relatively small events in Cyprus and Russia. Kahyaoglu has only cashed for about $38K on GGPoker, a stark contrast to his opponents, all of whom have $750K at the very least on the site.

All of that marks Kahyaoglu as the clear wild card, but if he can topple Addamo, he's unlikely to find any remaining challenge impassable.

The clear headliner among the final four, Fedor Holz has been busy showcasing his heads-up skills in an even tougher arena, the €50/€100 cash games against fellow top pros in the Run It Once Legends Showdown. There, he's the top seed in the semifinals in a field of cash game veterans.

Of course, his heads-up tournament game isn't exactly untested either. Live, he has 16 tournament wins against just nine runner-up finishes en route to his $32M in earnings, according to The Hendon Mob.

On the way to the final four, Holz bested some elite pros like Luc Greenwood and George Wolff, but perhaps the most anticipated showdown of the bracket came to fruition in the Round of 8 when he faced off with nosebleed tournament rival Justin Bonomo. Given their history, which includes a famed hand — maybe a slowroll, according to some — and Bonomo's victory heads up in the $1 Million Big One for One Drop in 2018, that victory had to feel good for Holz.

Holz has already snagged one bracelet, in the 2016 $111,111 High Roller for One Drop, and he's in prime position to join the double-bracelet club here.

Reixach has had a mighty impressive run in these heads-up tournaments of late as he also cashed in the $10K, making the Round of 16. That makes him a sterling 8-1 in heads-up matches on GGPoker bracelet events so far.

He's also made two other final tables in GGPoker bracelet events, topping out with a third-place finish in the $10K Short Deck, and this is his 11th cash in the series.

Reixach has been one of the most successful players in general in both live and online high-stakes events of late, most notably winning the $100K Super High Roller in Barcelona last year for $2 million.

Reixach has more than $5.6 million in cashes but the aforementioned third-place finish is the only time he's been extremely close to a bracelet. Given his fantastic success in other tournament avenues, it wouldn't be a surprise at all if this heads-up event finally sees him bring it home.

Betting site PokerShares has posted markets for the final day of the $25K.

The betting market has a clear opinion: the winner of the Holz/Reixach match will likely claim the bracelet.

Those looking to keep an eye on the matches when the tournament resumes on Sunday can tune in to the live coverage available on PokerNews.

There's more than $1 million up top to go with a WSOP bracelet, so be sure to follow this exciting event one way or another.