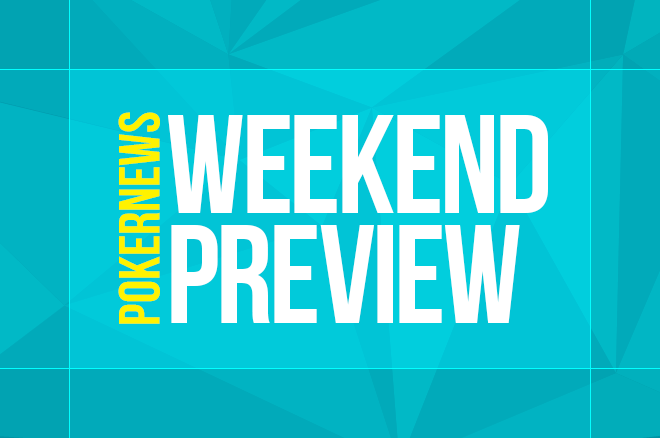 This coming weekend is a massive one for online poker tournament specialists who are spoiled for choice when it comes to playing some value-packed events. We’ve chosen a trio of tournaments that are must-play if you love the thrill of tournament poker. Here they are.

888poker’s biggest-ever online poker series is drawing to a close and one of the final events is an absolute cracker. The 888Millions Mini Main Event gets underway at 7:30 p.m. CET on October 11 and is going to be massive.

Second chance rebuys are available for the first 210-minutes, which is when late registration slams shut. Four rebuys are allowed when your chip stack reads a big fat zero.

Even though $55 puts this tournament in the affordable category, 888poker is running a whole host of satellite tournaments into it. These start at only $0.50, giving everyone the chance of a shot at the big time.

There are literally dozens of massive tournaments taking place at GGPoker each Sunday but we’ll hand-picked the $200 buy-in Sunday Main Event to feature in the latest Weekend Preview.

Fifteen-percent of the starters will share at least $150,000 in this tournament, which regularly obliterates its guarantee. There’s a 10,000 starting stack, 13-minutes blinds that start at 50/100/15a and unlimited re-entries until the end of the 12th level.

Buy in direct for $200 or perhaps win some tournament dollars in the rake-free T$ Builder satellites. You may also want to consider selling pieces of your action via the in-built staking software. Whatever you do, just make sure you play this tournament because it’s great fun and pays out big.

Last weekend’s Sunday Main Event drew in a crowd of 1,528 which meant a $281,152 prize pool was up for grabs. Online superstar Jans Arends won it for $42,915 in the early hours of Monday morning.

Beat The GGPoker Pros and Win a $5K Freeroll Entry

A $1 Million Guaranteed PKO at PokerStars

This two-day event is guaranteed to be gigantic. The $530 buy-in is split in half with 50% going to the main prize pool and the other half going on everyone’s heads. Bust an opponent and you win at least $125 for doing so.