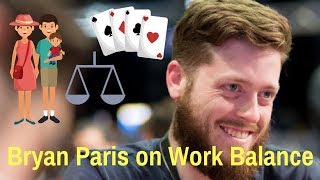 Bryan streams his gameplay on Twitch to his 36k+ followers.

Originally from Menlo Park, California, Paris currently resides in Amsterdam with his wife and two children.

Want to stay up-to-date on all the latest Natural8 news right here on PokerNews? Why not try out the Natural8 Hub!

Natural8 is Asia’s biggest online poker room, and a skin on the GGPoker Network. Don't have an account yet? Don't worry! Sign up through PokerNews and you will receive a welcome bonus worth up to $500. Your first deposit is matched 100% up to a maximum of $500!
Bonuses are given out in $5 increments for every $20 of rake, so the more you play the more you get!