How To Bet On The Super Bowl 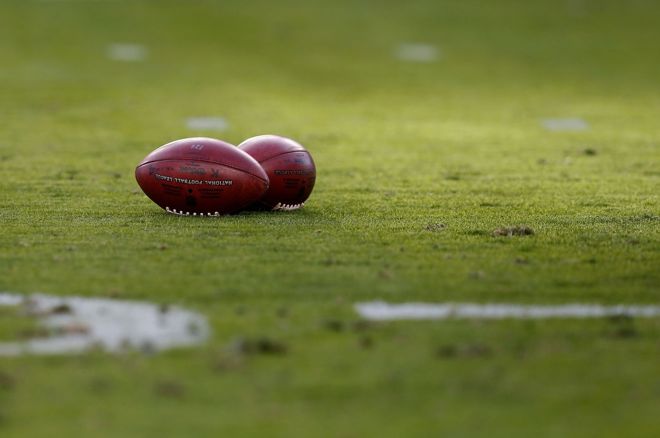 What is the Super Bowl?

The Super Bowl is quite simply the biggest game in football. It’s a game that attracts a TV viewership equivalent to roughly a third of the United States population - in 2019, 98 million people across America watched the live broadcast of Super Bowl LIII. The commercial breaks during the show are the most expensive on television, and the half-time show has historically brought in the biggest names in music and entertainment.

All this interest means a lot, but the Super Bowl is made even bigger by the hordes of people who bet on it. With every betting company under the sun offering Super Bowl odds, there’s every chance you’ll find a winning line while watching the big game. Let’s take a look at how to craft a winning bet, and where the best NFL Super Bowl odds are.

What specific challenges does the Super Bowl present to bettors?

The Super Bowl is a one-off match, the culmination of a season of hard work by both participants. This means that you’re not betting on form as much as you would be in a regular-season game. Anything can happen, and it often does.

The match represents a particular challenge for participants. The stadium hosting the match is on neutral ground, ensuring neither side has home advantage. The other thing is that a lot of neutral fans get tickets for the game, so it’s a lot less partisan than would be the case with games in the NFL regular season.

In the regular season, players generally play in front of predominantly their own fans - distances are so great in the United States that, unlike in Premier League soccer for example, the idea of an army of traveling fans is not so ingrained in the culture. Instead, most grounds are, in the main, filled with supporters of the home team. This gives one of the teams a tremendous advantage in terms of motivation and also pressure being placed on the visitors.

In the Super Bowl, it’s all about the mental and physical strength of the teams and individuals taking part. That’s why past Super Bowls have focused so heavily on the actions of the likes of quarterbacks Tom Brady, Peyton Manning and Cam Newton, and why special, game-changing, players such as those three are so prized when it comes to winning the Super Bowl. When a match is played in such a different and unusual atmosphere, often it falls to standout players, leaders of men, to calm the nerves of others on their team and make sure that the players play from a solid base.

Hence, for bettors, the Super Bowl is a unique challenge, just as it is for the players. Base your betting entirely on what you’ve seen from the teams in the regular season, and you ignore the influence of injuries, a different kind of crowd, and the pageantry and ceremony of the occasion. As a player, you notice it - how can you not, when the half-time show keeps you in the locker room for so long? - and as a bettor you’ve got to tune yourself towards the Super Bowl odds that reflect the special nature of the game.

Super Bowl All Time Most Wins

When betting on the biggest event of the year, it’s always worth bearing in the mind the history and the past winners. Everyone thinks of the Patriots as the most successful team in the NFL, but they’re actually tied for most Super Bowl wins. Check out the Super Bowl winning-most teams below.

What are the most popular Super Bowl bets?

The bets to avoid if you want to have a fun time watching the Super Bowl are the conventional ones, for example betting on the outright winner of the match with no strings attached. Do that, and you pretty much ensure yourself a boring afternoon in front of the screen, because if you’ve bet on the favorite, you probably won’t get a decent payout, but if you’ve bet on the underdog, you might get lucky, but there’s a greater chance of slipping up, just because football isn’t kind to underdogs, particularly on the biggest stage.

With all that said, there are plenty of bets you might want to consider which are incredibly popular. You can bet on statistical elements of games that catch your interest. For example, betting on the score, or on the number of touchdowns that will be achieved by one or both teams in the game, are excellent bets, if high-risk. For a bit of extra amusement, you might want to add them into a parlay.

Parlays are where you add a series of bets together for a combined set of odds where everything has to happen in order to receive a payout. For example, you might bet that Team X will win the Super Bowl, that four touchdowns will be scored in the game by both sides combined, and that there will be between two and four interceptions overall. This is a high-risk bet, and so you should take care to not stake too much on it, but it certainly spices up the typical betting lines, and might help to add together a few “sure things” to create something where you can win a cool payout.

If one team seems like a clear favorite to you, then why not try betting against the spread on the Super Bowl? Let’s say a team is a heavy favorite and starts at -7, that means that team has to win by 8 points to beat the spread. Effectively, that creates a new, more interesting game for you to bet on, where you see whether that team can win by the predetermined margin or not. It’s edge-of-the-seat excitement.