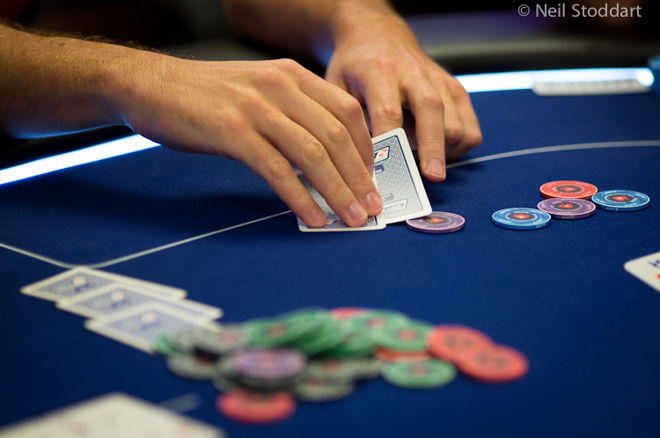 You've learned Texas hold'em and like many first starting out want to play as much as you can. Say you've made your first deposit online or had an initial taste of live poker at a casino. You want to get back to the tables, but know you should brush up on strategy first in order to increase your chances of winning.

This series of articles is designed to introduce new players to a variety of no-limit hold'em tools that can help them improve their results right away. We'll be focusing on certain useful hold'em moves, common situations and concepts, and other good practices frequently followed by winning players.

Today we'll start with a discussion of the check-raise, an important postflop move for any cash game or tournament player.

A check-raise is a two-part move made after the flop in no-limit hold'em — a player checks, another bets, and the first player responds by raising. For relatively new players the check-raise may represent one of the first examples of "thinking ahead" with their decisions, since the initial check is done (or should be done) with an intention of raising after an opponent bets.

By definition, you check-raise when you are "out of position" versus an opponent (or multiple opponents). That is to say, you check first, wait for a player with position on you to bet, then check-raise. One benefit of the check-raise, then, is to overcome the disadvantage of having to play out of position.

Check-Raising as a Value Bet

. The flop then comes

to give you a set of sixes — a very strong hand that is likely way ahead of your opponent.

You could lead with a bet, although since you only just called the preflop raise, betting out would be a conspicuous play. It also would give your opponent a chance to fold right there if the flop missed his hand. By checking, you invite the player to make a continuation bet, something most players will do after having raised before the flop — a good thing, as you want the pot to get bigger whenever you have an especially strong hand like your set of sixes.

You could then check-raise after your opponent's flop bet, although understand that the check-raise is often construed as an aggressive play — that is, it is a show of strength (whether true or a bluff). Check-raising this flop against a player who has missed it entirely will likely earn a fold by many players, meaning you've won a little more though perhaps not as much as you could have.

Another reasonable play here would be to check-call the flop, then save the check-raise for the turn when the pot is even bigger and your opponent may well improve to a good second-best hand he's going to be less inclined to fold.

To sum up, you want three conditions to be in place when check-raising for value:

Check-Raising as a Bluff

As with check-raising for value, the bluff check-raiser is checking while anticipating an opponent will be betting, thereby providing the opportunity to check-raise. Since the move is being made as a bluff, the player making it believes both (1) the opponent has a better hand and thus the pot probably can't be won if the hand goes to showdown, and (2) the "story" of the bluff is going to be a believable one, thus being more likely to work and earn a fold.

Let's say you're in the big blind again, and once more you've decided to call a late position player's preflop raise, this time holding

. The flop then comes

. You check, and your opponent again makes a continuation bet.

, your hand has little potential going forward — in fact, checking and then folding isn't a bad option at all (and probably should be your action much of the time).

But look at that

flop. What are the chances it helped the preflop raiser's hand, which much more likely has big cards than ones that match the ones on that flop? And think also about your possible hands, which are perhaps more likely to contain medium or low cards than is true for your opponent.

In other words, the flop favors your "range" a lot more than his, which means if you check-raise — a show of strength, remember — that's going to be scary for an opponent who has nothing more than ace-high or king-high.

Check-raising as a semi-bluff can also be an effective play — that is, check-raising with what is probably the worst hand but with a chance of improving with a straight or flush draw. Say instead of

when the flop came

— you could check-raise that flop as a semi-bluff, hoping to win the hand right there but at least having an open-ended straight draw should you get called.

As with the check-raise value bet, think first about whether check-raising is actually a better option than simply leading out with a bet as a bluff. Against a tight opponent whom you don't think will continuation bet, it obviously would be better to lead with a bet than to check-raise.

Also, against a loose opponent who seems to call everything, be aware that a check-raise may not elicit the fold you desire, especially since certain players hate to fold after having committed chips.

We have two final caveats to add for those starting to incorporate check-raising into their postflop repertoire of moves, whether playing live or online poker.

First and foremost, don't check-raise as an afterthought after checking to an opponent without a plan what to do next. As mentioned above, the check-raise is a two-part postflop play that requires you think ahead, knowing when you check that you'll be raising after your opponent bets.

Secondly, don't check-raise just for the sake of making a showy, "fancy" play. Remember, you're check-raising because it's the best way to build a bigger pot (if it's for value) or the best way to elicit a desired fold (if it's a bluff).