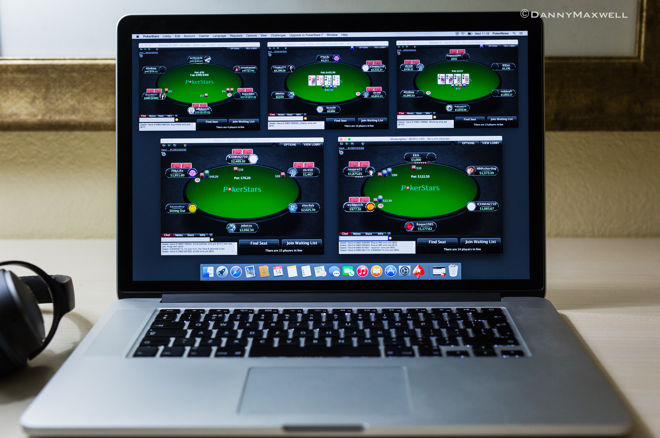 In this article we'll first address how to calculate your win rate for both cash games and tournaments. Then we'll consider a few ways you might use that information to improve your game going forward, including talking about both the positives and the pitfalls that can potentially come with a knowledge of your win rate. Finally, we'll address the question everyone seems to have when it comes to this topic — "What is a good win rate?"

One note before we start — "win rate" obviously refers to the rate at which a player is winning. Of course, if the rate is being calculated for a losing player, the number will be negative, which might make it seem misleading to call it a "win rate," but that is the term that continues to be used regardless.

If you are a no-limit hold'em cash game player, you will typically calculate your win rate in one of two ways — either by hour or by 100 hands. With each method you also have an option to figure your win rate according to cash won or according to the number of big blinds won.

Live players often calculate win rates per hour, since it can be distracting to count the number of hands they have played while at the table. For example, a player who plays a six-hour session and comes away with a $120 profit has enjoyed a $20/hour win rate for that day.

Online players can more easily keep track of the number of hands they have played, as many sites provide easy-to-consult running totals. Online poker analysis programs like Hold'em Manager and PokerTracker also help players find such information, along with a host of other statistics regarding their play. Also, many online players tend to multi-table, which depending on how many tables they have open could wildly affect the number of hands they play per hour. Therefore, calculating win rates per 100 hands often makes more sense as a standard when playing online.

Say an online player plays a 600-hand session and wins $60. That player's win rate could be described as $10/100 hands. However, those who play online NLHE cash games typically prefer to speak of their win rates in terms of big blinds won per 100 hands — or BB/100.

Calculating Your Win Rate in Tournaments

For tournaments (including sit-n-gos), win rates are typically calculated a little differently than in cash games. Instead of talking about an amount won per hour or number of hands, tournament players — both live and online — often measure their rate of success according to their return on investment or "ROI."

Put simply, your ROI is calculated by dividing your overall profits in tournaments (your "return") by the amount you've spent on tournament buy-ins (your "investment"). Often the result is then multiplied by 100 and expressed as percentage, thus...

Like with win rates in cash games, your ROI will be negative if you spend more on buy-ins than you collect in cashes (i.e., you're a losing player over the period being considered). For instance, if you've won $280 in those 100 tournaments that cost $330 total, your ROI will be around -15%.

Even the best poker players endure bad sessions and downswings. However, having an awareness of your win rate over longer periods can go a long way toward helping you endure the mental stress of losing in poker.

Poker is a game in which skill generally wins out over the long term, but luck can have an disproportionate impact on the short term, especially in tournaments. Keeping accurate records can help you see in an instant how a single bad day or even a lengthy slide doesn't necessarily affect your win rate too greatly over longer periods.

Knowing that you have a solid, positive ROI in that $3.30 buy-in tournament (for instance) and that you're losing consistently in the $5.50 and $11 tournaments you also keep entering might mean you should stop pouring your bankroll into those higher buy-in tournaments. The same goes for cash games, where an understanding of which stakes are best for your win rate can help you know where you should be playing most of your hands.

Knowing your win rate also can help you make other decisions regarding your bankroll and how much of it you can reasonably risk in a session or tournament. See "An Introduction to Bankroll Management" for more on this subject, including how bankroll management directly dictates game selection (or at least it should).

Just as knowing your win rate over the longer term can help you avoid reacting too emotionally over short-term losses, it's also easy to become overly affected by calculations of win rates over very small sample sizes. That player above who is enjoying a handsome 12% ROI over 100 tournaments might be feeling pretty good, but in truth even 100 tournaments isn't really a large enough sample size to suggest that win rate will be sustainable going forward.

Online pros offer differing advice regarding what constitutes a meaningful sample size, though most will tell you anything under 10,000 cash game hands isn't enough to draw meaningful conclusions about win rates. In fact, some argue you need at least 100,000 hands to get a better idea of what your results mean. Such numbers can seem arbitrarily chosen, and you'll find a lot differing viewpoints about them. But the larger lesson here is not to be overly affected by win rates calculated over a clearly small sample size.

With cash games, it is often recommended to distinguish between stakes when looking at win rates — that's how you can discover which stakes are most profitable for you, as well as help you make decisions about moving up (or down) limits. It's helpful as well to look at your ROI% in tournaments according to specific buy-ins, although when it comes to tournaments a compiled percentage that includes all of the different buy-ins can still be a useful measure. That's because there often isn't as huge a difference in skill level between players at different tournament buy-ins as there is between cash game players at different stakes.

Win rates can be dangerous to players who aren't honest with themselves or their record-keeping. They make it easy to isolate a certain period of play and make claims — to others, or to oneself — about having enjoyed a high win rate over the selected period. There's a certain category of players who will even purposely neglect to record losing sessions, practicing a form of denial that extends even to their own, personal poker ledgers.

Keeping records of your play can be immensely helpful as you try to improve as a player, but don't fall prey to being selective and/or inaccurate about your record-keeping in order to rationalize or explain away poor results (even if it's just to yourself).

What Is a Good Win Rate?

This is a very difficult question to answer, deserving of an entire article (or series of articles) on its own.

Meanwhile in tournaments anything above 0% ROI is obviously good (marking you as a winning player), while achieving even just 5-10% ROI would place you ahead of the vast majority of players. Going higher than that (20-30% and above) is extremely good, with only the top pros genuinely able to maintain such a clip over the long term.

But on a certain level, judgments about what constitutes a "good win rate" are always going to be subjective. A good win rate for you will be one that (1) keeps you in the game, and (2) helps you achieve whatever goals you set for yourself as a player. Being able to match or better whatever win rate you've achieved in the past can be a good goal for which to strive, but don't let that introduce unwanted stressors or make the game less enjoyable for you.

How to Manage Your Poker Bankroll: Tips and Recommendations