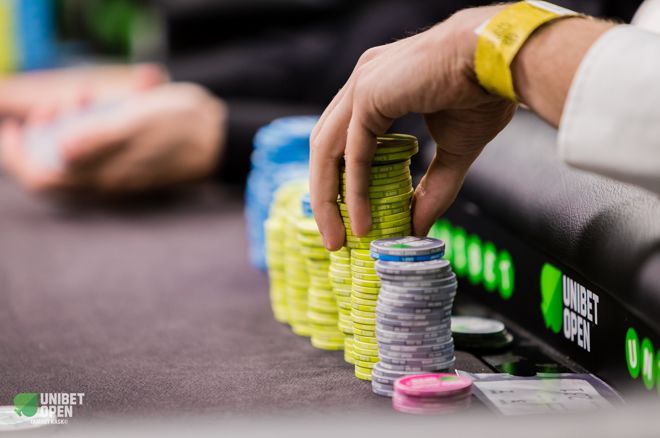 In our last tip covering "5 Common Poker Tells to Look For" we ended with a reminder to new players not to concern themselves too much with looking for tells, as it's usually better to focus on betting patterns than what opponents are saying or doing.

By betting patterns we mean both when players tend to bet and how much they bet. Watching both closely — and keeping in mind patterns being exhibited — can help you a great deal when trying to narrow down the possible hands a player might have. In live poker, especially, players often give away a lot about the strength of their hands simply by the size of their bets.

How to Describe Bet Sizes

Below we'll get into some of the important distinctions and factors that affect bet sizing, but first let's briefly cover how to talk about bet sizing — or at least how the topic is normally discussed.

When discussing preflop bets, we typically speak of betting amounts relative to the size of the big blind. For example, in a $1/$2 cash game (where the BB is $2), a player opens with a raise to $8. From a strategic standpoint, what matters here is the size of the raise being four times the big blind, or "4x" the BB.

The next reraise might also be spoken of in terms of the number of big blinds it represents, or (more commonly) it will be described as it relates to the original raise. For instance, after that $8 raise, a player reraises to $23. You could say the reraise is 11.5x the BB, or more likely you'll say the reraise is nearly 3x the initial raise.

When talking about postflop betting, amounts are often spoken of instead in terms of how they compare to the size of the pot (and not in BBs).

Let's say after that $23 reraise it folds back around and the original raiser calls, making the pot $49 total. On the flop, the first player checks and his opponent bets $25. The bet size is described as "half-pot." If he'd bet $35, that be referred to as a bet of "three-quarter pot"; if he bet $50, that be about a "pot-sized" bet; and so on.

The reason why postflop bets are referred to according to their relation to the pot is it helps with calculating pot odds. You can even begin to memorize common postflop situations to make figuring pot odds easier — e.g., a half-pot bet always yields 3-to-1 pot odds to call. (See "Pot Odds Basics" for more.)

In no-limit hold'em cash games, you'll often find players making larger preflop opening raises than happens in NLHE tournaments. A preflop raise that is 3x the big blind in a cash game is often on the small side, while in tournaments such a raise is relatively speaking going to be bigger than most.

In low-limit live cash games, in fact, you'll frequently see opening raises of 5x or more as players try to cut down on callers. This happens in online poker as well, particularly at the lowest stakes (including the "micros").

Whether in a cash game or a tournament (or live or online), pay attention to what a "normal" or average preflop open seems to be at your table, then make note whenever anyone deviates significantly from that "standard." If a 5x open seems to be the norm in a live cash game, make note when a player opens for 8x or 10x, or decides to make a relatively small open for 2x or 3x. Then look at what hands these players end up showing (if they do), as that will provide useful information when evaluating their preflop opens going forward.

There are a few factors you want to consider when evaluating an opponent's bet size when open-raising before the flop:

Opening raises from early position are often going to be larger than middle or late position raises. Someone under the gun usually wants to discourage people calling behind them, as they'll have to play out of position against them postflop. (See "The Importance of Position.") Meanwhile players in later positions aren't as concerned about postflop position — e.g., the button knows when open-raising before the flop that he'll be playing from position after the flop.

When a player bets before the flop, it's also worth noting how much that player has behind. Say in a $1/$2 cash game a player opens for $12 from middle position and it folds to you on the button. Before you decide what to do, you take a look and see the player only has $40 left after making the raise. It's likely a player with such a short stack may be eager to get the rest of it in the middle soon after the flop, which means a call of $12 may soon lead to committing $40 more yourself. If your hand is strong enough, you might want to reraise and force a decision on the opponent before the flop. Or if you are thinking of set mining with a small pocket pair, you should realize your opponent's stack isn't deep enough to warrant this play. (See "The Fundamentals of Set Mining.")

Finally, a player's style and betting patterns provide important context when evaluating the size of a preflop raise. Is the player loose and aggressive, having made lots of opens before? Is the player a nit who almost never open-raises? When raising before, did the player usually make it 4x the BB, and now has chosen 6x? Answering these questions can help you decide more accurately what the player's raise in this particular instance might indicate about hand strength.

When we move to postflop betting, distinctions between live and online poker and between cash games and tournaments tend to be less dramatic. Some live games will play much more loosely than some online games (and vice-versa); also, some cash games will be very tight and some tournaments full of loose, aggressive players. The point again is to get a sense of the apparent "standard" when it comes to postflop bet sizing and make special note when players deviate from it markedly.

That said, we can make a few generalizations about postflop bet sizing that tend to apply across different NLHE game types and settings.

On the flop, continuation bets are commonly made by preflop raisers. Big "c-bets" — say, 3/4 pot and above — often signal both strength and potential vulnerability. A player holding pocket jacks on a

flop doesn't want opponents to see a turn card cheaply, and so makes a big flop bet to try to win the pot right there. Small flop "c-bets" — say, less than 1/2 the pot — are more ambiguous. A player making such a bet on that same

flop could have king-high or a set of nines.

On the turn, bet sizing becomes even more meaningful, and in many cases more telling. When evaluating bet sizing on the turn, you'll again want to consider the player's relative position (acting first or last?), stack size (is the player pot committed, or nearly so?), and style and betting patterns (is the player aggressive or passive postflop?), as well as the board texture. A player betting $30 into a $120 pot on a

board might be semi-bluffing or making a defensive "blocking bet." A player betting $90 into a $120 pot on such a board might have completed a draw and be going for value while also protecting a hand that could be outdrawn on the river.

On the river, big bets (three-quarter pot or more) often indicate either extreme strength or a bluff — they are "polarizing," forcing an opponent to answer the question "Does he have it or not?" The board reads

and a player fires $150 into a $180 pot. Should you fold your two pair, or can you call with what is essentially a "bluff catcher"? Small bets (e.g., a third of the pot) might also be bluffs, but lean toward being value bets. A player betting $55 into $180 on that same board might have a flush and figures that size to be optimal to get a two-pair hand or straight to call.

How Should You Size Your Bets?

So how should you be sizing your bets, both preflop and postflop? A complete answer to such a question would require a separate series of articles, but as a general rule try if you can to balance your bet sizing and avoid being too obvious with patterns of betting.

By "balancing" we mean (for example) don't always make the same big bets with strong hands and the same small ones with weak hands. Don't always make the same size bet when bluffing, or the same size bet when betting for value. Attentive opponents pick up on those patterns quickly, and suddenly you'll find no one is calling you when you have strong hands and everyone keeps calling when you don't.

Also, size your bets with an awareness of the pot odds you're giving your opponent(s) to call. A small bet or raise yields inviting pot odds, while a big bet gives poor pot odds. It may be that you want callers with draws and medium-strength hands to stick around, say, when you hold the unbeatable nuts. Or you might want to drive out players by giving them a bad price to call you down when you're hand is currently best but vulnerable.

Whatever you do, size your bets with purpose, and try to choose the best betting amounts to help achieve the goal you are aiming for by making the bet. Want a call? Want a fold? Want to try to induce a raise? Do the math, and make your best bet.

7 Ways to Get Better Reads When Playing Online Poker