Jump Into Short-Deck Games With These Handy Hints 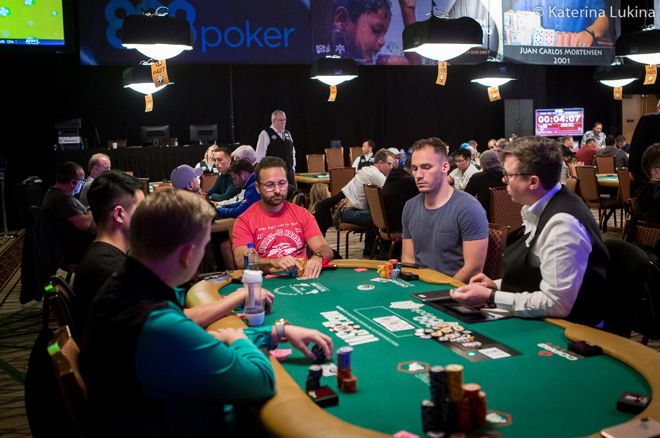 Short Deck, or 6+ Hold’em as it’s sometimes known, is the game of choice for the high stakes cash games and tournament specialists around the world. Check out the GGPoker lobby and you’ll see daily tournaments with $10,000 buy-ins that are frequented by the game’s superstars.

Playing a new poker variant can be daunting, but if you’ve ever played Texas Hold’em, you’re already more than halfway there to being proficient at Short-Deck.

The game takes its name from the fact you play with a stripped, or short, deck. The 6+ Hold’em moniker was given because all cards from deuces through fives are removed from a standard 52-card deck. Only sixes through aces remain. This leaves you playing with a 36-card deck, which alters some of the hand rankings, more on that a little later.

Just as in a traditional Hold’em game, aces can be high or low when it comes to making a straight. The lowest possible straight you can make is

, think of the ace as the missing five!

The Difference in Hand Rankings

Check the hand ranking rules the online poker site you’re playing Shot Deck is using. There are slight variations and you don’t want to be left with egg on your face when you think you’ve won a big pot only to see it slide to one of your foes.

You can see the different hand rankings in the table below. You’ll see the three weakest and three strongest hands are exactly the same regardless of the most common rules. It’s in the middle of the pack where the rankings alter, with straights sometimes losing to three of a kind, and flushes beating full houses.

This is because of the stripped deck, meaning the math behind each hand is altered.

What's This? No Blinds?

Be aware there are no small or big blinds in Short-Deck because the game uses an ante-only structure. This can take some getting used to because it’s completely different to what you’re used to, but it is what drives the action.

Everyone at the table pays an ante and the button pays a double ante. The order of action is clockwise from the player to the immediate left of the button. This ante-only format creates more action for two reasons. First, there is more money in the pot compared to a traditional hold’em game. Second, more players stick around for the flop because they’re often priced in to do so.

It doesn’t take a genius to see why pots grow larger faster in Short Deck games.

Being Adaptable Is The Key

Short Deck experts excel in adapting to these new rules and conditions, but those new to the game often approach Short Deck in the same way as a traditional hold’em game.

They forget suited hands lose value because flushes are harder to make. Looking down at

in normal hold’em results in your considering entering the pot and hoping to flop a monster. In Short Deck, this hand is the equivalent of

There’s also a lot more limping preflop compared to a traditional game. This makes note-taking very important because some players have a loose limping range with others playing far more tightly.

The best way to improve at Short-Deck is the same way for any other poker variant and format: practice. Nothing makes up for racking up experience by playing the game, so go do that.

If you want arming with some more Short Deck info, why not give a click to the links below as they’ll whisk you away to several different Short Deck strategy articles.