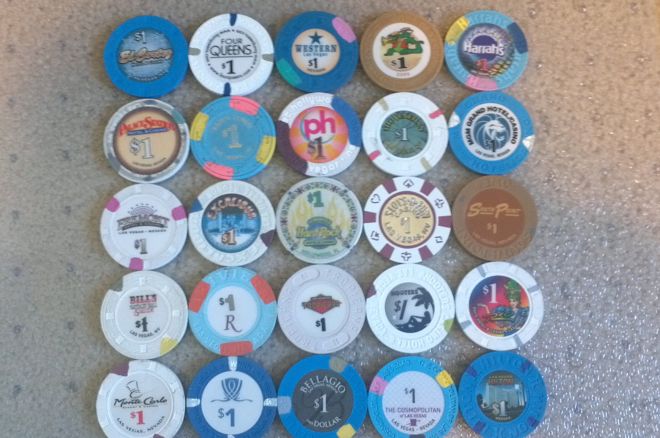 If you're like a lot of poker players who will be at the World Series of Poker this summer, you'll be seeking out the cash games not only at the Rio All-Suite Hotel and Casino, but elsewhere in Las Vegas, too.

I thought it would be worthwhile to give players an idea of what to expect with regard to both the rake and comps offered at other Las Vegas cash rooms. I've put all of this information together in one chart below for your easy review when you go to Las Vegas. This way, you'll know the rooms that give you the best value while you play, showing you where you'll pay the least and earn the most.

Most casual players pay little or no attention to the cost of playing poker. But there is a cost, as we serious players know. It's called the "rake" — the amount that the house takes out of every pot. Sometimes the rake is the difference between a player winning or losing money in a public poker room.

The lowest rake in Las Vegas at this time is $3 maximum per pot, while the highest is $5 maximum.

Not all rooms rake the same amount. The lowest rake in Las Vegas at this time is $3 maximum per pot, while the highest is $5 maximum.

Similarly, many rooms offer players compensation for playing poker in their casino. It's generally not nearly as much as they offer to players who want to play "house advantage" games like blackjack, slots or craps. But it can add up, with some rooms paying considerably more in "comps" than others.

Some poker rooms offer nothing at all to players, while others offer as much as $2 per hour. Most pay around $1 an hour or thereabouts.

Some practices regarding the rake are fairly standard from room to room. All rooms take out the rake at roughly 10 percent increments. Nearly all follow the rule that there is no rake if the betting ends before the flop (a.k.a., the "no flop, no drop" rule).

In the chart below, I refer to the maximum or cap on the rake. Meanwhile the comps refer to the amount per hour that a player earns that can usually be used on hotel rooms, beverages and food. Some places also allow comps to be spent on other casino merchandise.

Keep in mind that just as rooms change the games they spread, they also change their rake and comps from time to time. If you want to be certain about the most current information about each room, I suggest you check with them directly beforehand.

One other note about the rake. Most rooms offer bad beat jackpots and/or other promotions. These promotions are nearly always paid for by the players with additional "jackpot drops." Though this money is returned to the players, it still comes out of the pot, and it may reasonably be considered additional rake by some.

I am not considering these jackpot drops when listing the maximum rake below, since promotions and drops change too frequently for me to be sure what will be in place when you play. That's something else to keep in mind, though, as you choose where you want to go play when venturing outside the Rio this summer.

*changing systems soon and will go to two tier comps, $1 or $2 depending on rating card.